Spain's Prime Minister Pedro Sanchez has announced an emergency meeting to deal with the impact of Storm Gloria after flying over areas of eastern Spain where heavy rains, powerful winds and huge waves have killed at least 11 people. 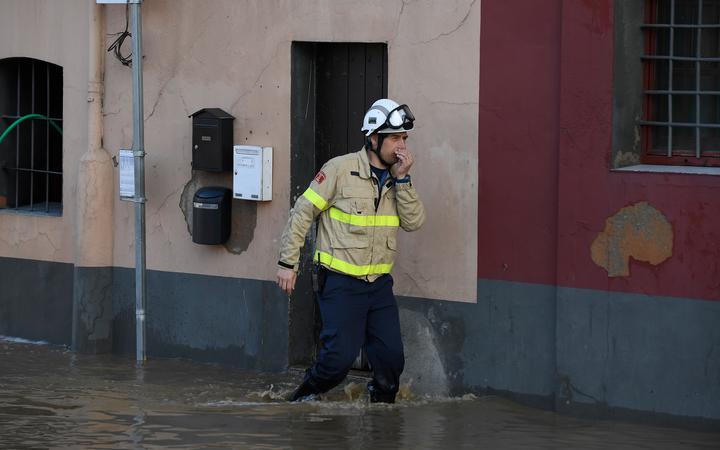 The death toll from a violent storm which has wrought havoc on huge swathes of Spain's eastern and southern coastline has risen to 11. Photo: AFP

Residents were left grappling with the wreckage of days of battering, including collapsed bridges, damaged railway lines and entire beaches wiped away by waves. Five people are still missing.

"I think what's important right now is that we're all united, that we work shoulder-to-shoulder and cooperate, as we are doing," Sanchez told reporters on Thursday.

The national weather authority said the storm had begun to recede but more than 100 roads in remained closed and tens of thousands of students were kept out of school.

Sanchez, noting the winter storm had hit just as the area readied itself for the tourist season, said his government had called the emergency meeting on Friday in a bid to help reestablish normality, guarantee security and address short and medium-term needs.

The storm tightened its grip on parts of the peninsula on Sunday, unleashing winds of up to 144 kmh and waves up to 13.5 meters high that slammed into seafront shops, wiping out beaches and boardwalks. 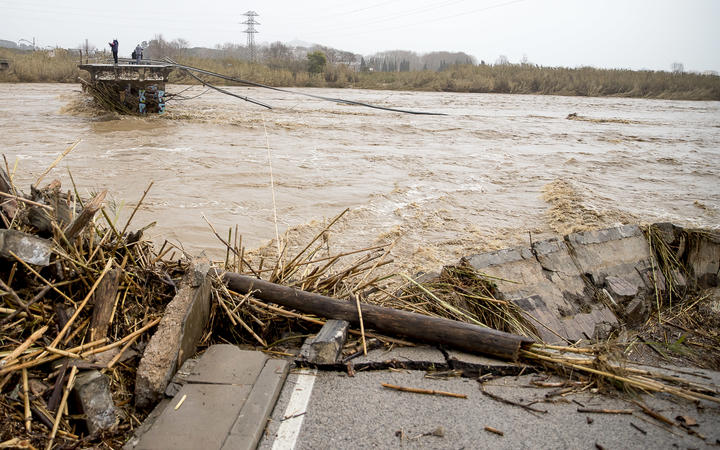 Floods were caused by the Gloria storm with the overflow of the Tordera, Onyar and Ter rivers in the Malgrat de Mar area, Barcelona Photo: AFP

Hundreds of thousands were left without power as the storm covered roads in snow, flooded farmlands and poured saltwater into the Ebro delta, swallowing thousands of hectares of rice paddies. 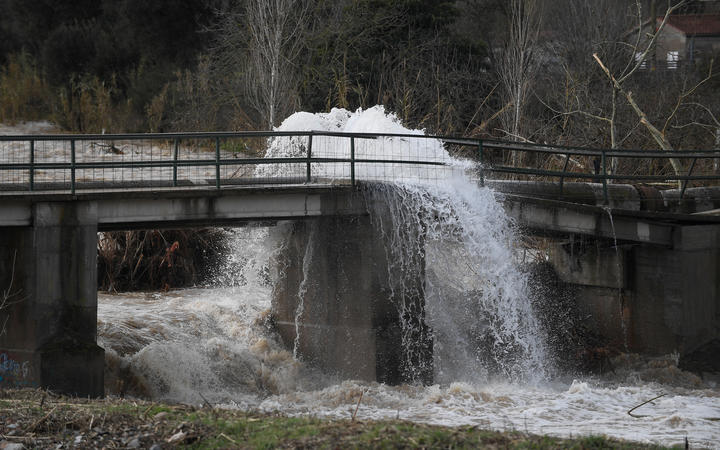 Water from a broken pipe on a damaged bridge flows into the Ter flooded river in Angles, near Girona. Photo: AFP

Rescue services said they continued to search for several people missing in the storm; among two in Ibiza was a Briton, while in Mallorca, a local free diving champion who had gone out canyoning on Monday was still being sought, according to local newspaper Diario de Mallorca.

Those killed by the storm ranged from a 69-year old man pulled into the sea by a wave in Catalonia to another who died as hail pounded the greenhouse in the province of Almeria where he had been working.

The prime minister said that while every meteorological phenomenon could not be attributed to climate change, it was evident it was having an impact.

"Public administrations have to reflect on how to shift gears and focus our economic resources and public policies ... on a new element - and that is climate change," said Sanchez.