Dos Santos pointedly refused to rule out running for the presidency four times in a recent interview with BBC. 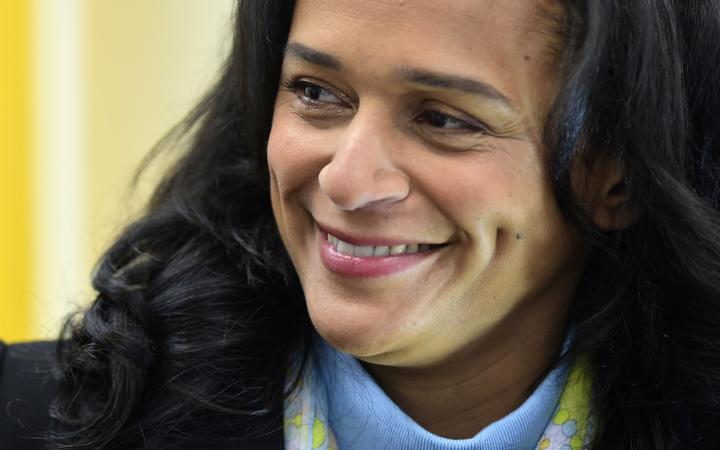 Her father José Eduardo dos Santos ruled Angola for 38 years. Prosecutors are seeking to recover $1bn (£760m) Isabel Dos Santos and her associates are alleged to owe the state.

She has denied any wrongdoing.

Dos Santos, 46, is one of the world's richest women, with Forbes magazine estimating her fortune to be worth $2.2bn, making her the richest woman in Africa.

Her father controversially appointed her as the head of Angola's state-owned oil firm Sonangol in 2016.

She was sacked from the post in 2017 by President Joao Lourenço, her father's handpicked successor.

Who is Isabel dos Santos?

- Source Forbes Magazine and others

In the interview in London, she repeatedly stressed that her life was at risk if she returned to Angola in the current circumstances.

Refusing to rule out the possibility of running for president, she said she had a strong sense of patriotism and duty to her country.

"To lead is to serve, so I will do whatever my life takes me," she said.

Dos Santos later told a Portuguese television channel that "it's possible" she might run for the presidency in 2022.

The announcement marks a dramatic shift for a woman who has consistently portrayed herself as an entrepreneur with no interest in politics.

A court in the Angolan capital, Luanda, last month ordered the freezing of her bank accounts and of her vast business empire in the oil-rich country, following a string of investigations into alleged corruption by the Dos Santos family which prosecutors say has robbed the state of more than $2bn.

"These are false allegations and this is part of… an orchestrated attack by the current government that is completely politically motivated," she said.

Her half-brother, José Filomeno dos Santos, is on trial in Angola on charges of corruption.

The prosecution alleges that he and his co-accused helped spirit $500m out of the country during his time as head of Angola's Sovereign Wealth Fund. They have pleaded not guilty.

Dos Santos repeatedly lashed out at President Lourenço, who succeeded her father two years ago as president.

Despite coming from the same party, the MPLA, he has since stunned many Angolans by appearing to target the Dos Santos family as part of a broader anti-corruption drive.

"President Lourenço is fighting for absolute power. There's a strong wish to neutralise any influence that [former] President Dos Santos might still have in the MPLA," Ms Dos Santos said.

"If a different candidate would appear supported by former President Dos Santos or allies linked to him, that would really challenge [Mr Lourenço's] position because his current track record is very, very poor," she added, citing rising unemployment, a stagnant economy and a wave of strikes.

But the allegations of corruption aimed at Ms Dos Santos and her half-brother have been given new weight by the criminal investigations launched against her in Angola.

"The reality is that there is more than enough evidence against her. She's a key figure in the Dos Santos family and a credible threat to Lourenço," said Darias Jonker, a regional analyst for the Eurasia Group, who said that legitimate allegations of corruption were being wielded by the state as part of a vicious power struggle within the MPLA.

"Lourenço is sending a signal that there's a new sheriff in town, with new rules," Jonker added.

"He needs his own patronage network, but his model is much more modest - he won't allow the multi-billion-dollar patronage deals that were a hallmark of the Dos Santos era. Would Isabel support some sort of palace coup? I think it's something she'd certainly consider."

Dos Santos insisted she was being used as a "scapegoat" by President Lourenço, and lashed out at the justice system in Angola, accusing the attorney general of "lying" and of refusing to allow her lawyers to see the evidence against her.

"I regret that Angola has chosen this path. I think that we all stand to lose a lot. A good leader is a prudent leader," she said, calling for a negotiated political solution to end her current legal battles and any further damage to the Angolan economy.

Some observers have been quick to play down the idea of a Dos Santos dynasty with Isabel - derided for years as "The Princess" in Angola - filling her father's shoes.

With much of her fortune still thought to be intact outside Angola, she remains a formidable force, but if she were to seek the presidency she would first need the law to change in Angola as she is currently ineligible to stand because her mother is Russian.

Those who have watched her remarkable business career and her furious public assault on Angola's current political elites, agree that such an obstacle is unlikely to prove insurmountable, however.