It's difficult to believe that sand - that seemingly innocuous little granule - could cause any trouble, let alone lead to murder. 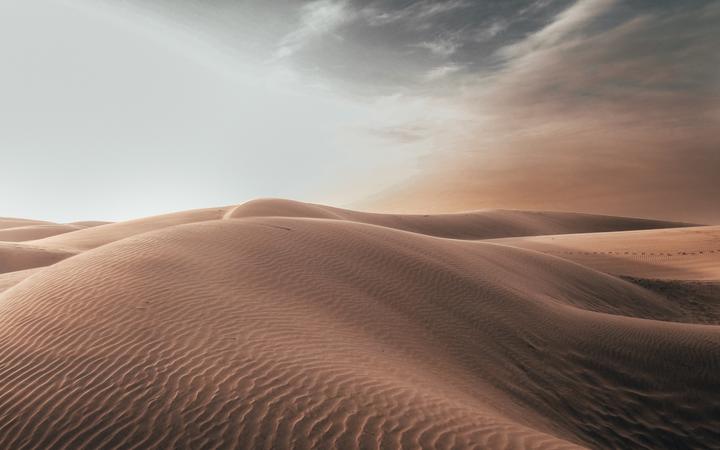 We tend to take sand for granted. But US journalist Vince Beiser, who's written a book on sand and civilisation, says we're running out. Photo: Unsplash / Sharad Bhat

And that's probably because we tend to take it for granted.

"Even though most people never even think about it, sand is all around you pretty much all the time," says US journalist Vince Beiser, who has written a book on sand and civilisation.

"No sand, no modern civilisation."

According to Beiser, the demand for sand is fuelling a sinister and dangerous black market organisation: a "sand mafia".

A shortage of sand

Sand has been used for construction since 7000 BCE, but its use ramped up at the turn of the 20th century.

"Once it was perfected - wham - it just took over the entire planet," Beiser tells RN's Saturday Extra.

Concrete, which is made out of sand and gravel, is now used to make our buildings, shopping malls and roads.

Sand from the desert is unsuitable for construction, so instead we mostly use sand found at the bottom of rivers, lakes, oceans and on beaches.

Beiser says the world uses 50 billion tonnes of this kind of sand every year - more than any other natural resource, "except for water".

"When you are talking about quantities that large, sooner or later you're going to run into shortages, and that is in fact what is happening in a growing number of places around the world," he says.

"We are running out, believe it or not."

We are running out of sand "in a way", he says, "and in particular, in certain places".

"It's more about the right quality of sand and where it's found. For various uses we need quite pure sand … and getting sand that's that pure can be quite tricky," he says.

"There's certainly a lot of over-exploitation of sand, particularly in developing economies that are … digging it up very quickly," he says.

"I think it's something that we're just becoming aware of."

'They call them the sand mafia'

Beiser argues that in parts of the world, sand is becoming a very dangerous business.

He says a scarcity of sand, and efforts to regulate the sand mining industry, have spawned an illegal trade.

"The demand for sand is so intense in some places that organised criminal gangs have taken over the trade," he says.

"And they do what criminal gangs do everywhere to people who try to stop them.

"They have murdered hundreds of people in the last few years over sand."

In India, Beiser says, "they call them the sand mafia". 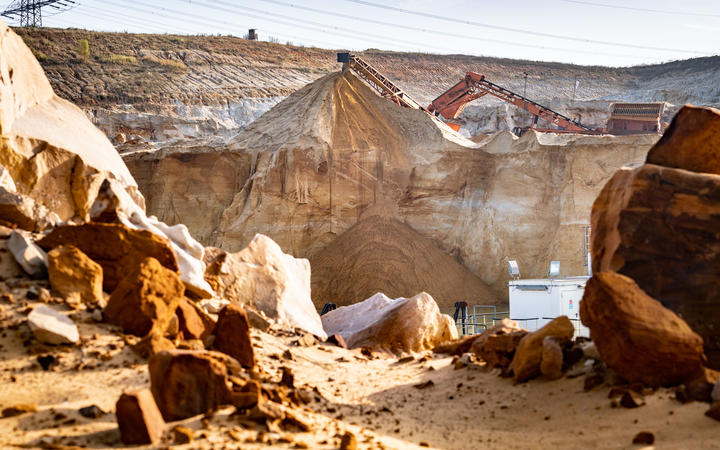 "They have literally murdered hundreds of people, including many journalists, including one that was burned to death recently. Another one was hacked to death with machetes," he says.

"But it's not only journalists. It's also environmental activists, police officers, government officials - and that's not counting all the ones who have been threatened, who've been beaten up, who've been chased off their land.

"It's astonishing when you start looking into it."

In 2017 the ABC's Foreign Correspondent travelled to India to chase the sand mafia, revealing that despite a near-blanket ban on unlicensed sand mining across India, it operates with near impunity.

Beiser says India is not alone. He cites a recent murder in South Africa related to rival gangs of sand miners fighting over sand, the murder of a Mexican environmental activist trying to stop sand mining in his village, and other sand-related killings in Kenya, Gambia and Indonesia.

"It's a worldwide phenomenon," Beiser says.

Taking sand from local river systems and transporting it far distances has "lots of implications for energy use", he says, "and also just ecological devastation".

"In places such as Singapore or Bangkok where there's very little sand locally around, the sand's got to come from elsewhere, internationally," he says.

"So you then get quite a lot of issues around importing sand across borders, and really devastating ecosystems.

"To get sand out of the rivers you just completely dredge the river and everything in it."

That includes sediment. And when a river is depleted of that, there can be dire consequences.

"Water then goes much faster, you can get much more flooding, and downstream effects can really be quite extreme," Professor Collins says.

"First of all, we need better rules and regulations around the world on sand mining," he says.

He argues that in many Western countries those rules are largely in place, but are "totally missing in a lot of Asia and Africa and the developing world".

He says we also need to find alternatives to sand.

"We have to simply use not only less sand but less everything," he says.

"These are not separate problems. They are all symptoms of the same problem, which is that we are just consuming too much.

"We've just got to find ways to build our cities and live our lives in ways that consume less, that are more sustainable."