The Duke and Duchess of Sussex Harry and Meghan's announcement they would step back as senior royals has divided social media. 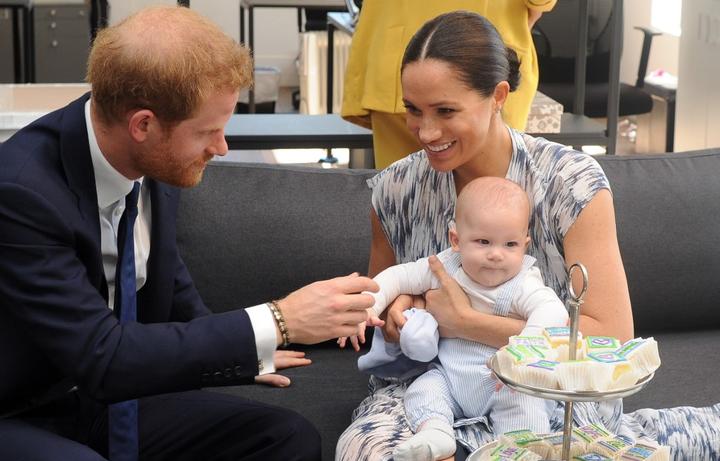 The couple released a statement today saying they planned to work to become financially independent, and "carve out a progressive new role within this institution".

“After many months of reflection and internal discussions, we have chosen to make a transition this year in starting to carve out a progressive new role within this institution. We intend to step back as ‘senior’ members of the Royal Family and work to become financially independent, while continuing to fully support Her Majesty The Queen. It is with your encouragement, particularly over the last few years, that we feel prepared to make this adjustment. We now plan to balance our time between the United Kingdom and North America, continuing to honour our duty to The Queen, the Commonwealth, and our patronages. This geographic balance will enable us to raise our son with an appreciation for the royal tradition into which he was born, while also providing our family with the space to focus on the next chapter, including the launch of our new charitable entity. We look forward to sharing the full details of this exciting next step in due course, as we continue to collaborate with Her Majesty The Queen, The Prince of Wales, The Duke of Cambridge and all relevant parties. Until then, please accept our deepest thanks for your continued support.” - The Duke and Duchess of Sussex For more information, please visit sussexroyal.com (link in bio) Image © PA

Many were supportive of the couple's move, saying it was their chance to forge their own future, away from the prying eyes of British tabloid media and the influence of the royal family.

The BBC has reported no other royal was consulted before the statement, and has also reported that Buckingham Palace was "disappointed".

This is called setting boundaries. This is called considering others while also--and foremost--honoring your right to determine the path of your own life. Well done, Harry and Meghan! https://t.co/8D66ggqIP1

Prince Harry stepping away from his toxic family and racist british media so him and Meghan can live happily ever after. Love that.

The world changes. We change. We must all chart our own course through life in line with our dreams and values. I wish Prince Harry and Meghan health, happiness, and godspeed on their journey.

1. You can quit things.
2. Someone else's dream job (or even *your* onetime dream job) doesn't have to be your dream job.
3. If you don't like the options before you, invent your OWN OPTION. pic.twitter.com/sgpZQxb6qW

Some from the British media fraternity continued to criticise the couple.

People say I'm too critical of Meghan Markle - but she ditched her family, ditched her Dad, ditched most of her old friends, split Harry from William & has now split him from the Royal Family.
I rest my case. pic.twitter.com/xgKLTt2Y0Z

BREAKING: Harry & Meghan have just published their new rulebook for the media to obey.
Even Putin wouldn't try to pull a stunt like this.
I fear they've both gone nuts. https://t.co/vHMtFZjIJh pic.twitter.com/cfoMvGpRl6

Here is Harry and Meghan's definition of financial independence: living off the Duchy of Cornwall. Not for the first time, Harry has demonstrated a tin ear for how "normal" people see things pic.twitter.com/PdlVzgYzcA

A few reactions were less critical of the move itself, but had something to say about the way it was carried out.

First time I’ve ever seen someone quit their family, saying it’s to spend more time with their jobs. https://t.co/iFBZokRXhX

It’s one thing to quit your family. And it’s an entirely different thing to put out a statement telling the world you’re out before informing said family.

Others drew comparisons with the family's handling of the Jeffrey Epstein scandal.

The Royal Family is being harsher with Harry and Meghan than with Prince Andrew and Jeffrey Epstein https://t.co/FOv1AL8YDW

Harry and Meghan are being very unorthodox and irresponsible in withdrawing from their royal duties because they want to escape a toxic tabloid culture and stifling family life. The more acceptable reason to do that is you've been caught in a pedophile scandal. https://t.co/wtuvvzHxdp

While the tweeters were at odds, the media took the opportunity to craft some headlines.

The Chicago Tribune welcomed the return of a treasured expat with a cleverly understated take on the decision.

Another media outfit AJ+ made a point of putting the Duchess first and foremost.

Meghan Markle and her husband say they're stepping back as senior members of the Royal Family and will "work to become financially independent."

They'll split their time 50/50 between the UK and North America. pic.twitter.com/h3csuwSs3n

And The Sun demonstrated its own typical brand in large font.