An Indian court has set an execution date for four men convicted of the 2012 gang-rape and murder of a student in the capital, Delhi. 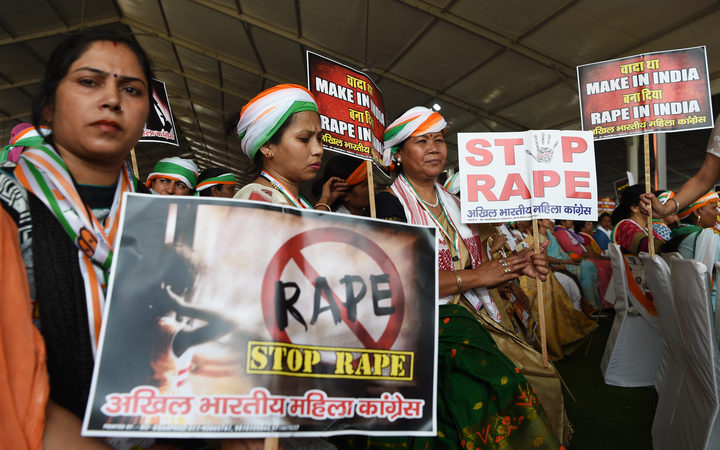 Six men were arrested for the attack. Photo: AFP

Akshay Thakur, Vinay Sharma, Pawan Gupta and Mukesh Singh were sentenced to death by a fast-track court in 2013.

Their 23-year-old victim died from her injuries 13 days after she was raped and assaulted on a moving bus.

Lawyers for the men, who are due to be hanged on 22 January, plan to launch last-ditch legal challenges.

The men cannot be executed until the Supreme Court rejects their final challenge, and the Indian president also rejects their mercy petitions. They are yet to file either.

At today's hearing, the public prosecutor urged the court to go ahead and issue a death warrant - he argued that not filing the appeals was a delaying tactic.

The victim's mother - who has previously questioned why the process has taken so long - welcomed the news.

"I am very happy that the court has issued death warrants for all the four convicts today," she said. "We have fought the legal battle with a lot of patience for the last more than seven years.

"I finally get justice."

The incident - which happened on the night of 16 December 2012 - sparked massive protests, global outrage and led to India passing new anti-rape laws.

The victim was dubbed Nirbhaya - the fearless one - by the press, as she could not be named under Indian law.

Six men were arrested for the attack. One suspect, Ram Singh, was found dead in jail in March 2013, having apparently taken his own life.

Another, who was aged 17 at the time, was released in 2015 after serving three years in a reform facility - the maximum term possible for a juvenile in India.

India rarely carries out death sentences - only four other people have been executed since 2004. The last man to be executed was Yakub Memon, who was convicted of financing the deadly 1993 Mumbai bombings. He was hanged in 2015.