Libyan forces loyal to eastern-based commander Khalifa Haftar say they have taken control of the strategic coastal city of Sirte in a rapid advance preceded by air strikes. 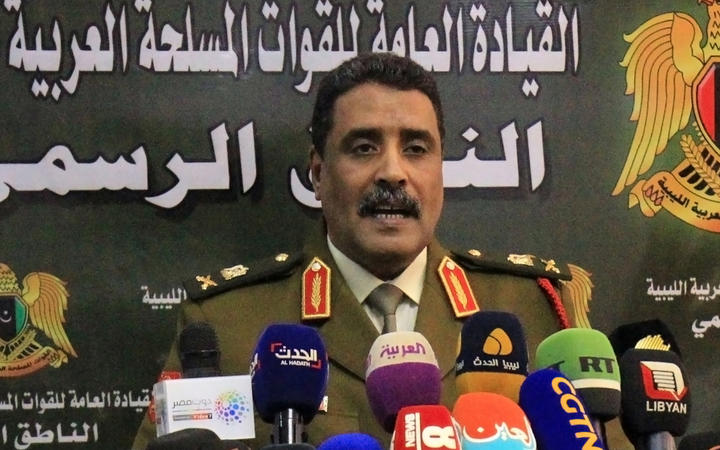 Holding Sirte would be an important gain for Haftar, who since April has been waging a military offensive on the capital, Tripoli, home to Libya's internationally recognised Government of National Accord (GNA).

Sirte lies in the centre of Libya's Mediterranean coast, and has been controlled by GNA-aligned forces since they ejected Islamic State from the city with the help of US air strikes in late 2016.

Haftar's self-styled Libyan National Army (LNA) said it had taken areas surrounding Sirte, including al-Qardabiya air base, before moving towards the city centre.

"The commander-in-chief decided on a well-planned, pre-emptive strike and within less than three hours we were in the heart of Sirte," LNA spokesman Ahmed al-Mismari said.

"It was a sudden, swift operation," he said, adding that the advance had been preceded by several hours of air strikes.

An LNA military source said forces from the city of Misrata, to the northwest, had retreated. Misrata led the campaign against Islamic State and is a key source of military power for the GNA.

Earlier, a resident in Sirte city centre told Reuters by phone: "We can see convoys of LNA inside Sirte city ... they control large parts of the city now. We also hear gunfire."

The LNA advance comes as Turkey prepares to send military advisors and experts to Libya to help shore up the GNA, part of rising international involvement in Libya's conflict.

Haftar's LNA has received material and military support from countries including the United Arab Emirates, Jordan and Egypt, according UN experts and diplomats.

Since launching a bitter campaign for Benghazi, Libya's second city, in 2014, Haftar has gradually expanded his territorial control across the vast, mainly desert country.

Gains have sometimes been made through deals with local groups sympathetic to the LNA and have involved limited military effort, though the offensive to capture Tripoli, home to around half of Libya's population of 6 million, quickly stalled.

Sirte was the birthplace of former Libyan leader Muammar Gaddafi and the city in which he was captured and killed after a NATO-backed uprising in 2011. Among the cities that had opposed the uprising, it was taken over by Islamic State in early 2015, becoming the jihadist group's most important base outside the Middle East.

It is also one of the main bases of the Ferjan tribe, of which Haftar is a member.

The city is just to the west of Libya's oil crescent, a strip of coastline along which several key oil export terminals are located. Haftar's forces seized the oil ports in 2016.

LNA sources said Sirte's 604 Brigade, a powerful military unit dominated by ultra-conservative Salafists that also took part in the fight against Islamic State, switched allegiance to the LNA about two weeks ago.

Haftar says he is seeking to rid Tripoli of armed groups and combat extremism. His opponents say he has fuelled war and instability, and fear he will return Libya to one-man rule.

In recent weeks there has been an escalation of fighting, shelling and air strikes around Tripoli. On Saturday evening a military academy in the capital was hit, killing at least 30 people.

UN Libya envoy Ghassan Salame said the drone strike on the academy had likely been carried out by a foreign country backing the LNA, without elaborating. He called on foreign powers to "keep out of Libya".