A German zoo has confirmed that its "worst fears have become a reality" after a fire destroyed an enclosure, killing almost all its monkeys. 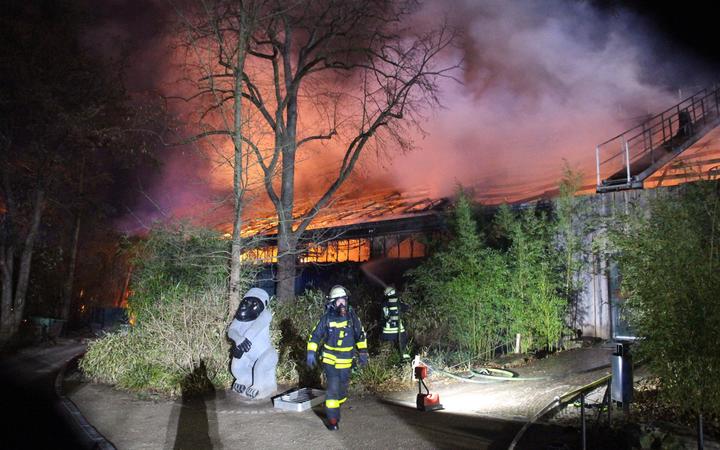 Krefeld Zoo initially said all the animals had been killed, but later reported two chimpanzees had survived.

Police said the fire may have been caused by Chinese or "sky" lanterns used to celebrate New Year.

"People reported seeing those sky lanterns flying at low altitude near the zoo and then it started burning," said Gerd Hoppmann, the city's head of criminal police.

He said investigators had also found used lanterns near the burnt down enclosure.

Known as a fire hazard, sky lanterns are banned in Germany. 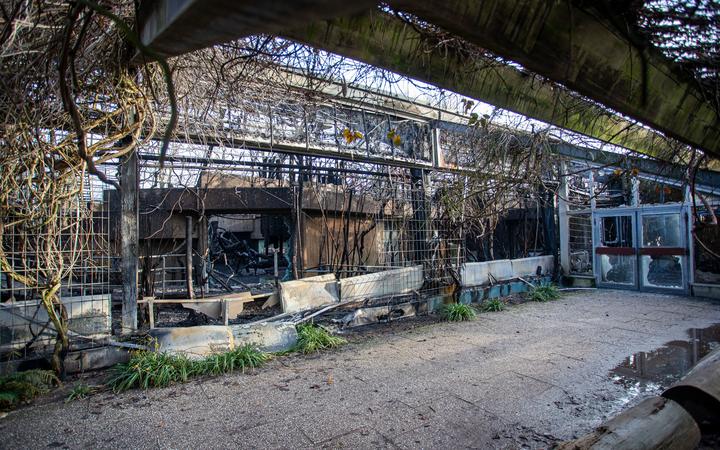 The monkey house at Krefeld Zoo was built in 1975 and recreated a tropical climate for rainforest inhabitants, which included fruit bats and free-flying birds, as well as primates.

Krefeld Zoo said it was a "miracle" that two chimpanzees, Bally and Limbo, survived the fire. They are slightly injured but being looked after by vets.

The zoo also confirmed that the Gorilla Garden nearby - which houses western lowland gorillas - was spared.

Kidogo - the gorilla that lives there with his family - was fine, Krefeld Zoo said.

The zoo thanked people for their "overwhelming wave of compassion".

"We ask for your understanding that we cannot be there for you today," it said regarding its decision to close on New Year's Day.