A Sudanese court has sentenced 29 intelligence officers to death for the torture and killing of a teacher. 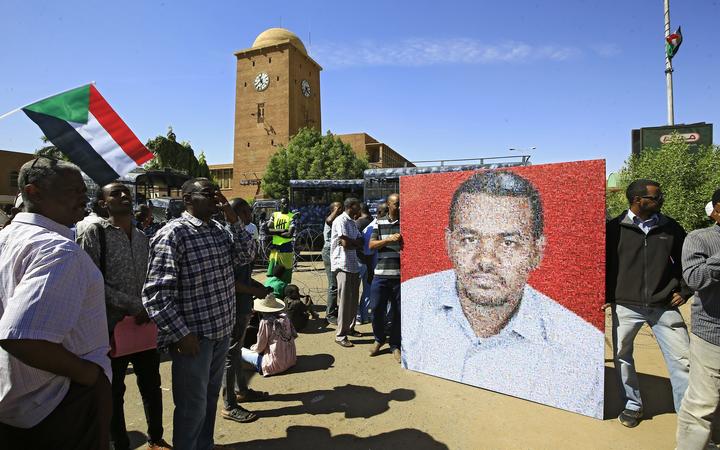 Sudanese protesters rally in front of a court in Omdurman near the capital Khartoum, on December 30, 2019, during the trial of intelligence agents for the death of teacher Ahmed Al-Khair (picture) while in custody of intelligence services. Photo: AFP

Ahmad al-Khair, 36, died in custody in February following his arrest for taking part in protests against then President Omar al-Bashir's government.

These are the first sentences handed down over the crackdown on pro-democracy activists in the months before Bashir was toppled in April.

The prosecution said the death sentences were a just punishment.

After the sentencing, the judge asked al-Khair's brother, Sa'd, whether he wanted the 29 men to be pardoned - but he said he wanted them to be executed instead.

A lawyer for the defence said he would appeal.

The court found that Ahmad Al-Khair was beaten and tortured to death by the officers at a detention centre in the eastern state of Kassala. 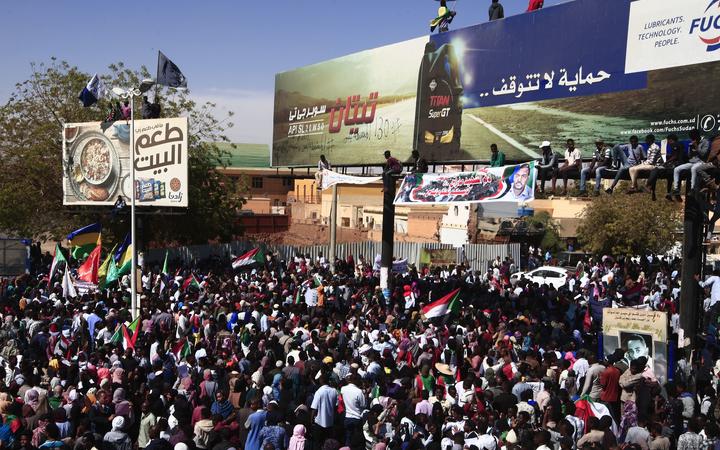 A huge crowd rallied outside the court in Omdurman, the twin city of the capital, Khartoum, to hear the verdict. Photo: AFP

Under the former President Bashir, Sudan enforced the death penalty, and two people were executed in 2018.

Ahmad Al-Khair's case drew widespread attention in Sudan, and his killing fuelled the protests against the 75-year-old Bashir. A huge crowd rallied outside the court in Omdurman, the twin city of the capital, Khartoum, to hear the verdict.

At least 170 people were killed during the months-long crackdown against the protest movement. Bashir was eventually overthrown by the military, 30 years after he took power in a coup.

Earlier this month, he was sentenced to two years for corruption. The court ruled that he should serve the sentence in a correctional facility, as he was too old to be in prison.

The corruption case was linked to a $25 million (NZ$37 million) cash payment he received from Saudi Crown Prince Mohammed bin Salman. Bashir also faces other charges - including some related to the 1989 coup that brought him to power, along with genocide and the killing of protesters.

Bashir claimed the payments were made as part of Sudan's strategic relationship with Saudi Arabia, and were "not used for private interests but as donations".