At least 25 people have been killed after a passenger bus plunged into a ravine on Indonesia's Sumatra island after its brakes apparently malfunctioned. 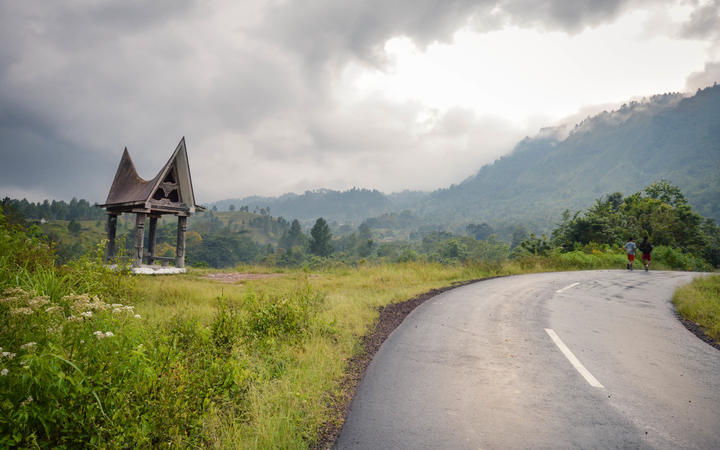 Police said at least 14 other people were hospitalised with injuries following the crash, including one in critical condition with bone fractures, local police chief Dolly Gumara said.

The crash happened just before midnight on Monday on a winding slope in South Sumatra province's Pagaralam district.

Gumara said the bus plunged into an 80-metre-deep ravine and crashed into a fast-flowing river after the driver lost control of the vehicle in an area with a number of sharp inclines.

The bus was headed for the provincial capital of Palembang from the neighbouring city of Bengkulu.

Gumara said rescuers were still searching for other passengers who might have been dragged by river currents.

Photos from the crash scene show a line of people tethered by rope attempting to make rescues.

The capacity of the bus was 52 passengers, but the number of passengers on board was unclear.

The driver and two crew members were among those killed.

Television footage showed police and rescuers from the National Search and Rescue Agency evacuating injured victims and carrying out the dead in orange body bags.

Survivors told authorities the bus's brakes apparently malfunctioned, but police were investigating the cause of the accident, Gumara said.

Road accidents are common in Indonesia due to poor safety standards and infrastructure.

Early last year, 27 people were killed when a packed tourist bus plunged from a hill in West Java province.

In September last year, 21 were killed when a tourist bus plunged into a ravine in Bogor, another hilly area in West Java.