Michael Tripodi's crop of peaches at his northern Victorian orchard is late this year. And with temperatures in the region forecast to set heat records today, he's worried his fruit could boil on the branch. 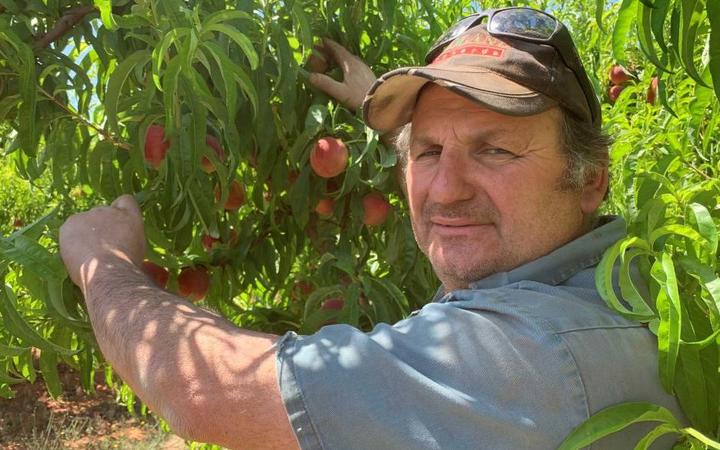 Michael Tripodi's crop of peaches at his northern Victorian orchard is in danger of cooking. Photo: Supplied/Redland Orchard

"They get a little gap between the stone and the flesh of the fruit," the stone fruit grower from Lake Boga, near Swan Hill, said.

It would be a devastating outcome for Mr Tripodi, who needs to get his crop through today's extreme heat.

The Bureau of Meteorology expects Victoria to experience the worst of today's heatwave, with Swan Hill and Mildura in the state's north likely to reach 47C.

Mildura could break Victoria's heat record for a December day.

In Melbourne, the Bureau of Meteorology says temperatures in the CBD are expected to rise to 44C, which would be the city's hottest day since the Black Saturday bushfires.

Some of the city's suburbs are forecast to reach 45C.

Meteorologist Dean Narramore says almost all of the state will be very hot on Friday.

Other parts of Australia will have an easier time on Friday.

Mr Narramore says a cool front should help south-western parts of Western Australia, with temperatures forecast in the high 20s.

Tasmania should also be cool, as well as coastal New South Wales, forecast to benefit from a southerly change.

But it isn't all good news.

"Pretty much everywhere inland, away from the east coast, and Victoria and South Australia, will be looking at temperatures in the mid to high 40s."

The CFMEU says work on major Victorian building sites will shut down today because of a heat policy in the union's enterprise bargaining agreements, which sees work stop at 35C.

Roof plumber Jordan Paterson, who has been working on smaller residential projects, will go to work, but expects to finish early.

Mr Paterson and his workmates apply sunscreen a few times a day, wear wide-brimmed hats, drink lots of water and take extra breaks where needed to deal with extreme heat.

"I have had heat stroke myself from this line of work and I have seen other people have to take the next day off from work due to nausea, diarrhea, headaches, so it could be really dangerous if you are not careful about it," he said.