Three Australians are believed to be among five people confirmed dead after a volcanic explosion on Whakaari / White Island. 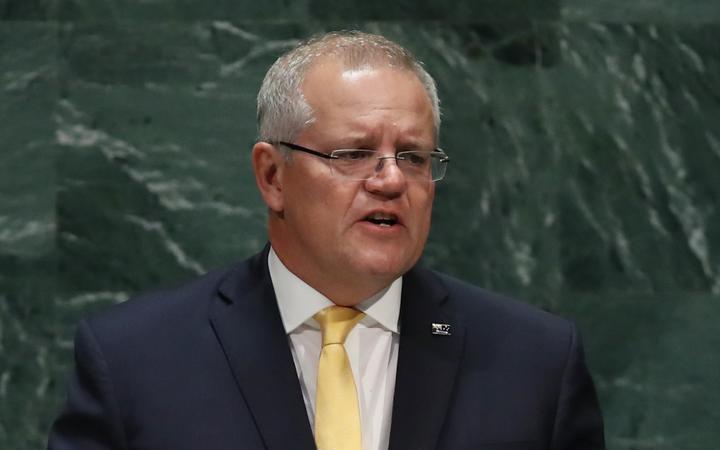 Australian Prime Minister Scott Morrison said 11 other Australians remained unaccounted for and 13 were being treated in hospital.

"We fear of the five deceased persons … up to three are Australians, but that is not yet confirmed," he said.

A total of 47 people were on the island at the time of the eruption; eight people are missing, five are confirmed dead, 31 are in hospital and three have been discharged.

"Our authorities are working closely with the New Zealand authorities to be able to identify all of those people who are currently in hospital. Some of them have very serious injuries.

"We know there are a number in critical conditions.

"Obviously there are quite severe burns issues and that's why they are in so many different hospitals because they have been taken to the various burns units across New Zealand, but the full details of all of their conditions is not yet known.

"This is a very, very hard day for a lot of Australian families whose loved ones have been caught up in this terrible, terrible tragedy."

The latest on the volcano eruption on Whakaari/White Island in NZ ⬇ pic.twitter.com/umcHb56ubW

There were 24 Australians between the ages of 17 and 72 on White Island at the time of the eruption.

Mr Morrison said the rescue operation had moved into its recovery phase.

"I fear there is worse news to come over the course of perhaps today or over the next few days," he said.

"This is a terrible tragedy, a time of great innocence and joy interrupted by the horror of that eruption."

A DVI (disaster victim identification) team from the Australian police force will be on its way to New Zealand today.

We are supporting the family of two women who have been hospitalised in New Zealand. My team are deploying to offer assistance in person, & we remain in close contact with authorities. We will do all we can to help any other Brits who need our help. #Whakaari

UK Prime Minister Boris Johnson tweeted that he had been in contact with Jacinda Ardern to express his deepest sympathies.

Devastating scenes in New Zealand. I’ve been in contact with Prime Minister @jacindaardern to express our deepest sympathies. There are many people still feared missing, and my heart goes out to all those affected and their families. https://t.co/DSTybPAoYl

There are also tourists from US, UK, China and Malaysia among the injured or missing, including 37 passengers and one crew member from the Ovation of the Seas cruise ship.

Tragic news from New Zealand this morning. Canadians are thinking of the families & loved ones of everyone affected by the deadly volcano eruption on White Island. And we're wishing a full & speedy recovery to everyone that was injured.

The ship owned by Royal Caribbean left Sydney last week and stopped near Auckland before arriving in Tauranga, near White Island, on Sunday.

The incident has made headlines on international news websites such as the BBC, ABC, and the Washington Post.

The story also made the front page of the Guardian.

And the story was on the front page of numerous Australian newspapers, including the Sydney Morning Herald, the West Australian and the Canberra Times.

NZ VOLCANO HORROR: Australians among the missing and the death toll is expected to rise. Also, the tools the accused Claremont killer used to rape a teen girl in Karrakatta Cemetery and why Russia has been banned from the Olympics. All this and more inside The West Australian. pic.twitter.com/zPNJHwaQNk