Elon Musk did not defame a British diver who helped in last year's Thai cave rescue by calling him a "pedo guy" in a tweet, a US jury has found. 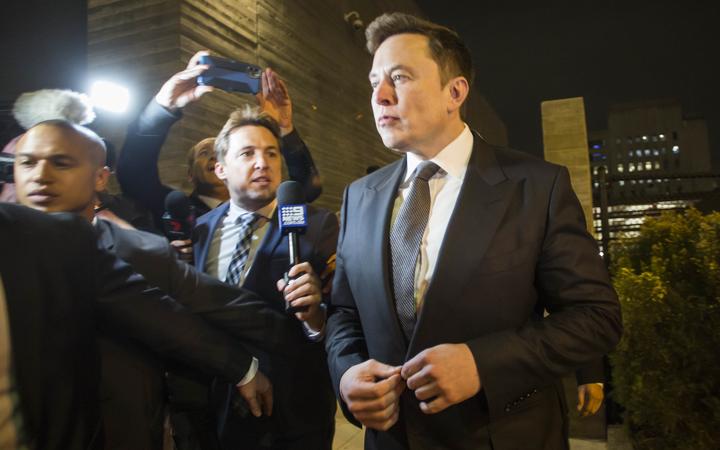 Elon Musk leaves the US District Court in Los Angeles which was hearing the defamation case. Photo: AFP / Getty Images

Vernon Unsworth was seeking $US190 million ($NZ289m) in damages from the Tesla founder, over the tweet sent last year.

Legal experts say Mr Musk may have reshaped United States defamation law with his willingness to take legal action over an off-the-cuff tweet.

A public row broke out between the two men over the rescue of 12 boys trapped in a Thai cave in June 2018.

Billionaire Mr Musk told the court this week the phrase "pedo guy" was common in South Africa, where he grew up.

Mr Unsworth, an experienced 64-year-old cave explorer, splits his time between the UK and Thailand. During the rescue, which captured the world's attention, he helped recruit expert cave divers who were instrumental in freeing the boys safely.

Mr Musk sent Tesla engineers and a small submarine to help with the Thai rescue effort, but the vessel was never used.

Instead, he and Mr Unsworth got into a public war of words after the diver branded the offer of help a "PR stunt".

During an interview with CNN, he suggested the billionaire "stick his submarine where it hurts".

Mr Musk, who has 22 million followers, responded with a series of tweets about Mr Unsworth - including the one calling him "pedo guy". It was later deleted.

Speaking to reporters outside the courtroom after the jury reached its decision, Mr Musk said: "My faith in humanity is restored."

Jurors took less than an hour to return their unanimous verdict, following a four-day trial at a federal court in Los Angeles.

What was said in court

Testifying over two days on Tuesday and Wednesday, Mr Musk told the court he did not expect the "pedo" tweet to be taken literally.

He said that at the time he thought Mr Unsworth was "just some random creepy guy" who was "unrelated to the rescue".

Mr Musk apologised on Twitter and in court for his outburst. 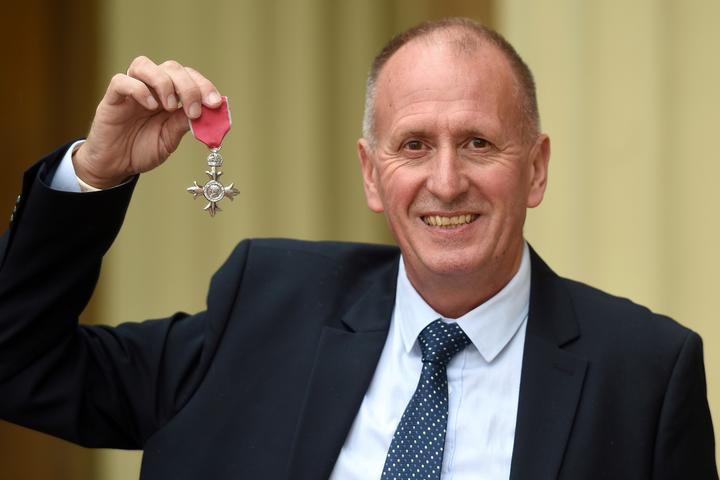 Vernon Unsworth was given an MBE for helping rescue the trapped boys. Photo: AFP

Contesting this, Mr Unsworth's lawyer Lin Wood cited another now-deleted tweet the billionaire sent to his followers saying: "Bet ya a signed dollar it's true."

He also cited an email exchange that Mr Musk had with a Buzzfeed reporter who contacted him for comment on the threat of legal action, where the entrepreneur said: "Stop defending child rapists."

Mr Wood said Mr Musk was a "billionaire bully" who had "dropped a nuclear bomb" on his client, and that the tweet had affected his career and relationships.

On Thursday, Mr Unsworth told the court that Mr Musk's tweet had left him feeling "humiliated".

Reporters in court said the diver appeared on the verge of tears as he told jurors: "It feels very raw. I feel humiliated. Ashamed. Dirtied. Effectively, from day one, I was given a life sentence without parole. It hurts to talk about it."

He added: "I find it disgusting. I find it very hard to even read the word, never mind talk about."

Alex Spiro, Mr Musk's lawyer, argued that the "pedo guy" tweet was an offhand comment made in the course of an argument between the two men, which no-one could be expected to take seriously.

"In arguments you insult people," he said. "There is no bomb. No bomb went off." 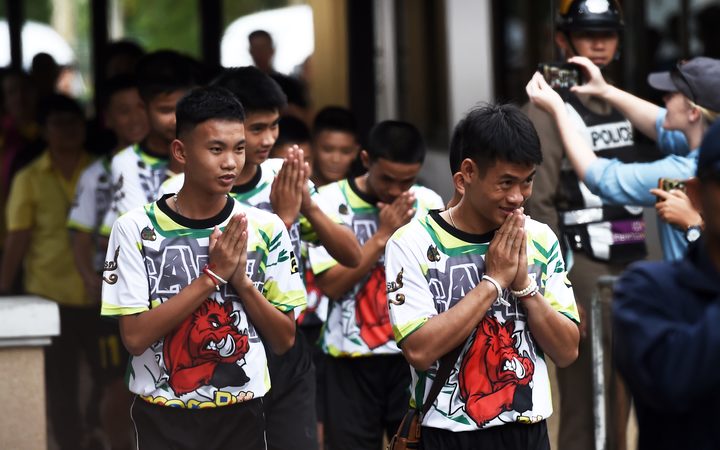 Some of the 12 Thai boys, rescued from a flooded cave after being trapped, arrive to attend a press conference in Chiang Rai on July 18, 2018, following their discharge from the hospital. Photo: AFP

Mr Musk's victory has raised the bar for what amounts to libel online, according to some legal experts.

Mr Musk defended his comments as trivial taunts made on a social media platform that he argued everyone views as a world of unfiltered opinion, which is protected as free speech, rather than statements of fact.

"I think this verdict reflects that there is a feeling that internet tweets and chats are more like casual conversation whether you call it opinion or rhetoric or hyperbole and should not be punished in a lawsuit," said Chip Babcock, a lawyer who defends against defamation lawsuits.

Several other attorneys who specialise in defamation cases privately expressed surprise at the outcome of what they viewed as a strong case for Mr Unsworth. They attributed it to Mr Musk's fame and the perceived youthfulness of the jury.

But they also agreed it would shift the legal landscape, undercutting the cases that would have seemed viable before the trial while defendants would use it to try to reduce possible settlement values.

Mr Musk's court papers cast his comments as part of the rough-and-tumble world of Twitter, which rewards and encourages emotional outbursts and sucks in readers worldwide but that no one takes seriously.

Mark Sableman, a lawyer who defends defamation cases, said the freewheeling nature of social media has inevitably changed the understanding of language and what amounts to defamatory factual statements, versus opinion.

"I think defendants in modern defamation cases are likely to point to the vitriolic no-holds-barred nature of modern social media, cable TV, and political discourse, in contending that many words and accusations formerly considered defamatory are now understood only as mere opinions, not factual assertions," he said.

In general, to prove libel, the written form of defamation, someone must show the existence of a false statement, which defendants often try to present as opinion. The plaintiff also must show it was published to a third party, it was negligent and it caused harm.

"While there is more leeway and more hyperbole online and in social media in general, courts never really accepted that argument that social media is a libel free-zone," said Lyrissa Lidsky, a professor who specialises in defamation at the University of Missouri School of Law.

Several attorneys said Mr Unsworth appeared to have a strong case, and noted that Mr Musk failed to convince the judge to dismiss it at an early stage. But they cautioned that anything can happen in a courtroom where factors such as the credibility of witnesses and likeability of parties can become important factors.

In recent years, judges have been wrestling with social media comments and whether to consider them factual statements or protected opinions.

US President Donald Trump, singer and actress Courtney Love and actor James Woods have all been embroiled in multiple libel lawsuits over tweets, with mixed results.

Mr Trump has had success casting Twitter as a place where combatants trade demeaning messages that users understand are not defamatory statements of fact.

Judge James Otero in Los Angeles dismissed a case against the president for a tweet blasting as a "total con job" a claim by adult film actress Stormy Daniels that she was threatened for speaking about an alleged affair with Mr Trump. Judge Otero described the message as "rhetorical hyperbole," fired off with an incredulous tone that no reasonable person would take as factual statement about Ms Daniels, whose real name is Stephanie Clifford.

Mr Unsworth's attorney, Lin Wood, warned social media is "tearing at the fabric of society" and the Musk verdict would worsen that trend.

"It is now said by this jury that insults are completely open season," he said. "Everyone should be concerned about their reputations."