A US woman who says she was brought to Britain aged 17 to have sex with Prince Andrew has implored the British public to "stand beside her" and "not accept what has happened to her". 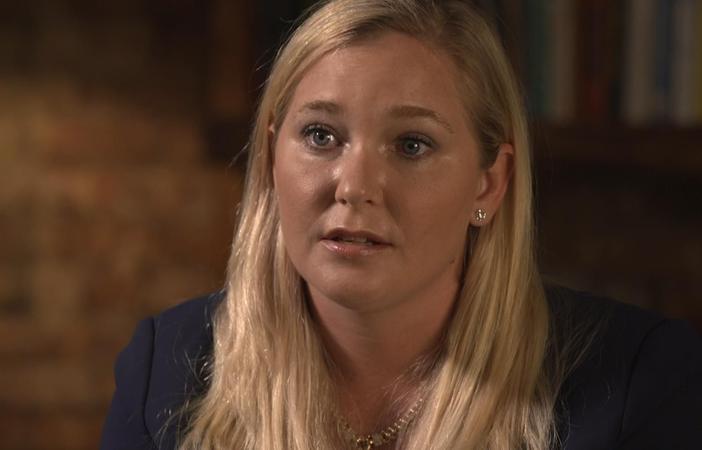 Virginia Giuffre: 'I knew I had to keep him happy'. Photo: AFP/BBC

Virginia Giuffre, one of convicted sex offender Jeffrey Epstein's accusers, says she was trafficked to London by Epstein in 2001.

She describes how Epstein's girlfriend told her what "to do for Andrew".

The prince has "categorically" denied any sexual contact with Ms Giuffre.

Virginia Giuffre, formerly Virginia Roberts, has given her first interview for British television as part of a special hour-long Panorama. Her interview includes her account of how she was introduced to Prince Andrew.

She said that she, the prince, Epstein and his then girlfriend, the socialite Ghislaine Maxwell, took her to Tramp night club in London, where the Prince asked her to dance.

"He is the most hideous dancer I've ever seen in my life," she says. "His sweat was like it was raining basically everywhere."

When they had left the club, Ms Giuffre said Ghislaine Maxwell gave her instructions.

"In the car Ghislaine tells me that I have to do for Andrew what I do for Jeffrey and that just made me sick."

She said that later that evening, she had sex with Prince Andrew upstairs at Maxwell's house in Belgravia.

In an interview with BBC Newsnight's Emily Maitlis last month, the prince said he didn't recall meeting Virginia Roberts, and that he had a medical condition that meant he did not sweat. However, of the claim that he had sex with her, the Prince said he could "absolutely and categorically" say "it never happened". 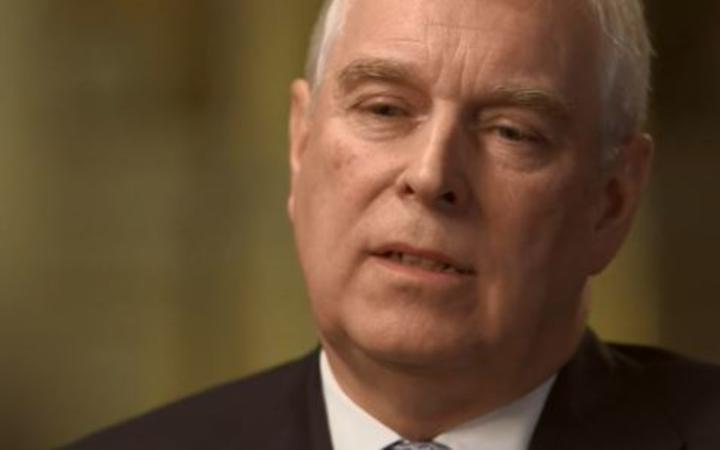 Prince Andrew says he has wracked his brains but cannot recall any incident involving Virginia. Photo: Screengrab from BBC

Asked about a photo that appears to show him with his arm around Virginia Giuffre's waist in Maxwell's house, the Prince said he didn't recall the photograph ever being taken and questioned whether it was his hand in the picture.

But in the Panorama interview, which was recorded before Prince Andrew's interview, Ms Giuffre said: "The people on the inside are going to keep coming up with these ridiculous excuses like his arm was elongated or the photo was doctored.

"I'm calling BS on this," she said. "He knows what happened, I know what happened. And there's only one of us telling the truth."

In response to the interview, Buckingham Palace said the Duke "unequivocally regrets his ill-judged association with Jeffrey Epstein" and "deeply sympathises with those affected who want some form of closure."

They said "it is emphatically denied that the Duke of York had any form of sexual contact or relationship with Virginia Roberts. Any claim to the contrary is false and without foundation".

Prince Andrew - the Queen's third child - has been facing questions over his ties to Epstein, a US financier who took his own life in August awaiting trial on sex-trafficking charges.

The prince has faced a growing backlash since the Newsnight interview about his friendship with the US financier.

He stepped back from royal duties last month because he said the Epstein scandal had become a "major disruption" to the Royal Family.

Companies he had links with, such as BT and Barclays, also joined universities and charities in distancing themselves from him.

After his BBC interview he said he deeply sympathised with sex offender Epstein's victims and everyone who "wants some form of closure".