A large cargo ship carrying more than 14,000 sheep has overturned off the coast of Romania, with rescuers scrambling to save the animals. 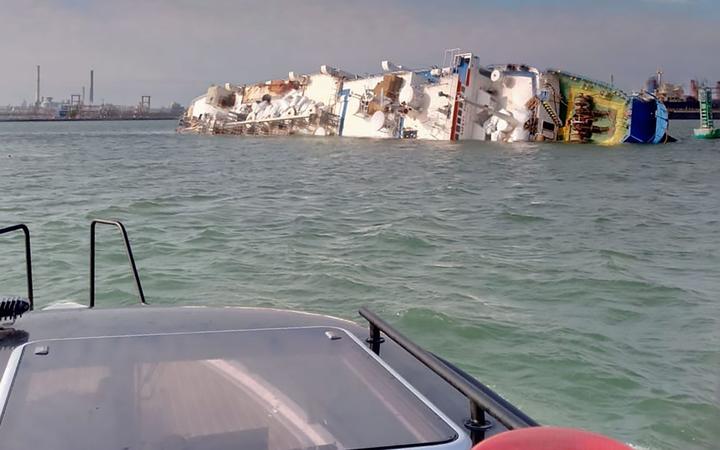 The Queen Hind capsized on Sunday morning after leaving the port of Midia, near the south-eastern city of Constanța, on the Black Sea coastline.

An operation involving police, firefighters and the Romanian coast guard was launched to save the sheep.

At least 32 sheep found swimming near the Palau-flagged ship have been rescued, but many are believed to have drowned.

"We have already saved a small number. They were swimming in the sea," Ana-Maria Stoica, spokeswoman for the emergency services in Constanța, told the BBC.

The rescue effort will resume on Monday morning after being paused overnight.

Meanwhile, one crew member was taken to hospital with hypothermia.

"He fell into the sea but was very quickly rescued," Ms Stoica said, adding that the rest of the crew were "all safe here in the harbour".

It is not yet known what caused the ship to capsize. An investigation will be carried out when the operation to rescue the sheep and salvage the vessel is finished, authorities said.

The ship, which left Midia at about 12pm local time (11pm NZT), was heading to the port city of Jeddah in Saudi Arabia with its cargo. 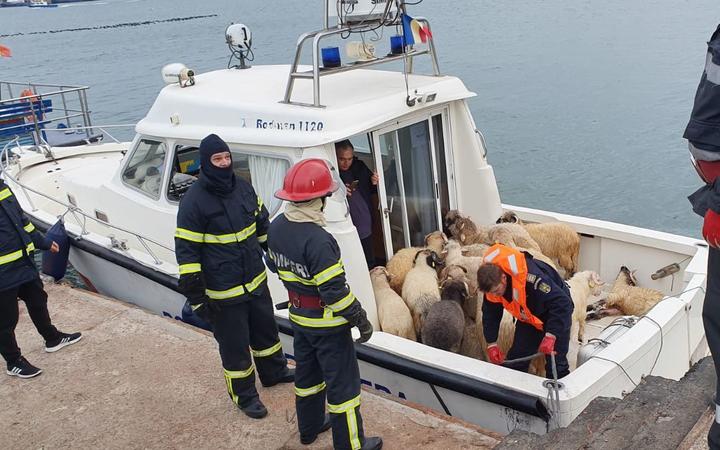 Rescuers save some sheep from the capsized vessel in Romania. Photo: AFP / IGSU Romania

It had arrived at the port of Midia on 23 November from the Libyan capital, Tripoli, Romanian media reported.

Pictures show the upended vessel on its side a few hundred metres (yards) from the port, about 20km north of Constanța.

The port is primarily used for the supply of crude oil for nearby industrial and petrochemical facilities. But it is also used by cargo ships carrying live animals from Romania, one of the European Union's biggest exporters of livestock.

Animal rights campaigners and Romania's main livestock breeder and exporter association, Acebop, called for an urgent investigation into the overturning of Queen Hind.

"Our association is shocked by the disaster," Acebop president Mary Pana told AFP news agency. "If we cannot protect livestock during long-distance transports, we should outright ban them."

Another shipping incident involving a large cargo ship loaded with livestock happened in the Black Sea off Turkey's coast in 2017.

In that case, the Togo-flagged vessel collided with a Russian naval spy ship, which sank as a result.