The bodies of at least 18 people killed in a plane crash in eastern Democratic Republic of Congo have been pulled from the wreckage, rescue workers say. 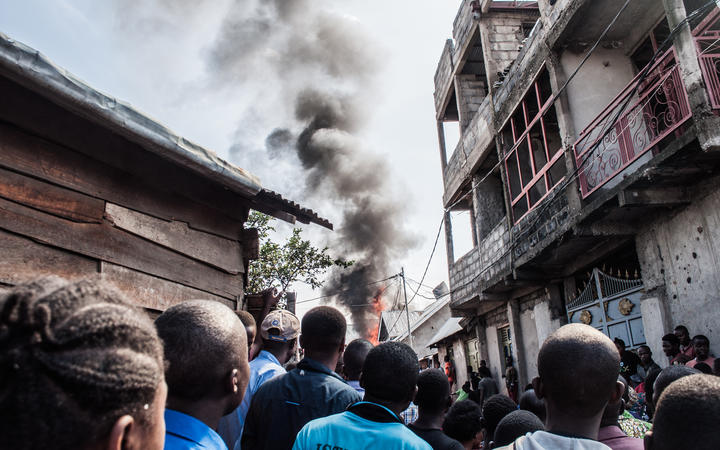 Residents react after a small aircraft carrying 18 people crashed in Goma on the East of the Democratic Republic of Congo on 24 November, 2019. Photo: Pamela Tulizo / AFP

The passenger jet crashed into a residential neighbourhood in the city of Goma while taking off from the nearby airport.

The airline, local company Busy Bee, said there were 16 passengers and two crew members on board.

Air accidents are relatively frequent in Congo because of lax safety standards and poor maintenance. All Congolese commercial carriers, including Busy Bee, are banned from operating in the European Union.

A cargo plane departing from the same airport crashed an hour after take-off in October, killing all eight passengers.