The Duke of York has said he "let the side down" by staying at the home of convicted sex offender Jeffrey Epstein. 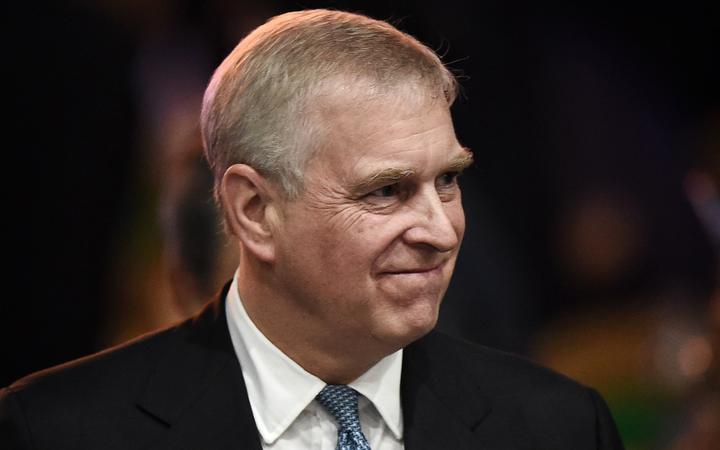 Prince Andrew has told a TV interviewer he cannot recall meeting Virginia Roberts, now Virginia Giuffre, who says she had sex with the prince while she was underage. Photo: AFP

Answering questions about his links to Epstein for the first time, Prince Andrew said his stay was not "becoming of a member of the Royal Family".

The prince spoke to BBC Newsnight's Emily Maitlis in an interview recorded at Buckingham Palace on Thursday.

It will be broadcast by the BBC tomorrow morning (NZ time).

Prince Andrew has been facing questions for several months over his ties to Epstein, a 66-year-old American financier who took his own life while awaiting trial on sex-trafficking charges.

In 2010, the prince was photographed walking with Epstein in New York's Central Park - two years after Epstein's first conviction for soliciting a minor for prostitution.

Footage published by the Mail on Sunday showed the prince in Epstein's Manhattan mansion around the same time.

Addressing his decision to stay with Epstein following the American's first conviction, Prince Andrew said: "That's the bit that… as it were, I kick myself for on a daily basis because it was not something that was becoming of a member of the Royal Family and we try and uphold the highest standards and practices and I let the side down, simple as that."

In 2015, Prince Andrew was named in court papers as part of a US civil case against Epstein.

One of Epstein's accusers, Virginia Roberts - now Virginia Giuffre - said she was forced to have sex with the prince three times between 1999 - when she was 17 - and 2002, in London, New York and on a private Caribbean island owned by Epstein.

At the time she was under-age according to Florida state law. 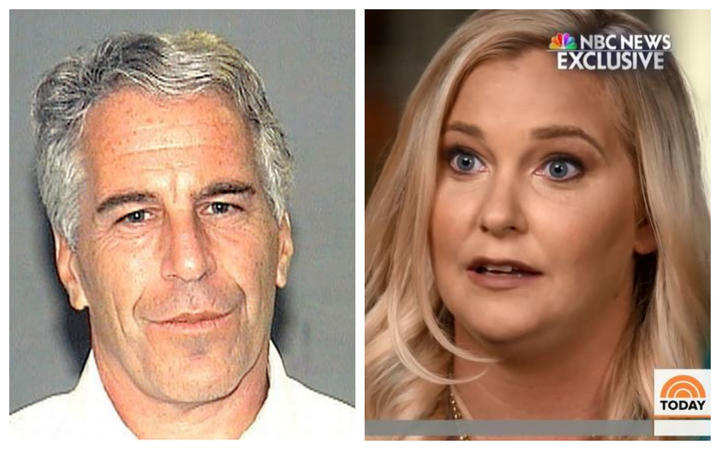 In the BBC interview, Emily Maitlis asks the prince about Ms Giuffre's claims that in 2001, she had dined with him, danced with him at a nightclub, and went on to have sex with him at the house of a friend of the prince in Belgravia, central London.

The prince replied: "I have no recollection of ever meeting this lady, none whatsoever."

When asked once more whether he remembered meeting Ms Giuffre, the prince said: "No."

Details of Ms Giuffre's claims against the prince were later officially struck from court records when a judge ruled they were unnecessary to the case, saying they were "immaterial and impertinent" to the "central claim".

Separately, a woman called Johanna Sjoberg alleged that the prince touched her breast while they sat on a couch in Epstein's Manhattan apartment in 2001 in documents from a defamation case.

Buckingham Palace has issued strong denials of all allegations against the prince.

And Prince Andrew's ex-wife, Sarah Ferguson, wrote on Friday that the prince was a "true [and] real gentleman and is stoically steadfast not only [in] his duty but also his kindness".

In 2015, a statement from the palace said that "any suggestion of impropriety with underage minors" by the prince was "categorically untrue".

The prince first met Epstein in 1999 and they saw each other on several occasions after that.

In 2005, the parents of a 14-year-old girl told police in Florida that Epstein had molested their daughter at his Palm Beach home.

Prosecutors forged a deal with Epstein in 2008, which saw him avoid federal charges.

He instead received an 18-month prison sentence, during which he was able to go on "work release" to his office for 12 hours a day, six days a week. He was released on probation after 13 months.

In a statement released by Buckingham Palace in August, the prince said he was "appalled" by the sex abuse claims surrounding his former friend.

The statement added: "His Royal Highness deplores the exploitation of any human being and the suggestion he would condone, participate in or encourage any such behaviour is abhorrent."

Discussing how the BBC's interview was secured, Maitlis told Newsnight on Friday that talks with the palace had been ongoing for "many months" and had intensified following Epstein's death.

She said the prince had to seek the approval of the Queen and that "she gave sign-off either late on Monday or very early on Tuesday".