Eliud Kipchoge's feat in breaking marathon's mythical two-hour barrier has sparked calls for a difficult new conversation - did the shoes he wore provide an unfair advantage? 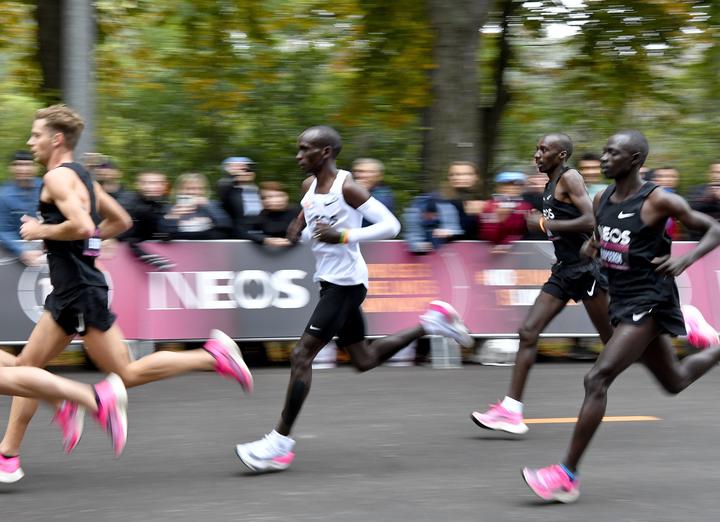 Kenya's Eliud Kipchoge (white jersey) runs during his attempt to bust the mythical two-hour barrier for the marathon on October 12 2019 in Vienna. Photo: AFP

Kipchoge's ground-breaking time of one hour, 59 minutes and 40.2 seconds captivated the world, but it was conducted in a carefully stage-managed event in ideal conditions on a "pancake-flat" course in Vienna.

Already the world record holder and Olympic champion, Kipchoge benefitted from a team of 41 elite pacemakers who ran in a V formation and were guided by a laser to identify the ideal position in which to run.

A support team also fed him drinks and nutrition from bikes.

And he wore a specially designed pair of shoes, which critics have said feature a "spring-like mechanism" that aids performance. 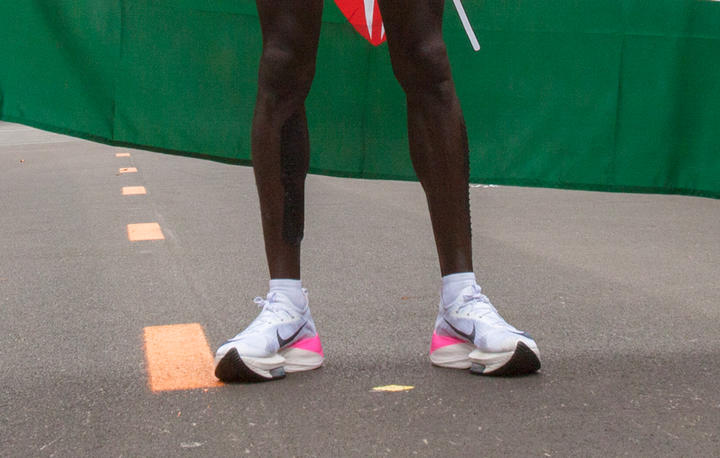 The unveiling of Kipchoge's bespoke Nike shoes in the lead-up to the Vienna event almost attracted as much media exposure as his run itself.

They are a special version of the Nike Vaporfly Next%, which the shoemaker released this year.

The shoes are the upgrade of a previous model, released in 2017, which were the first to include carbon fibre plates in the midsole, and promised to improve running performance by 4 per cent.

Versions of these Nike shoes have been worn by runners who this year achieved the five fastest times in men's marathon history, as well as women's world record holder Brigid Kosgei - who broke Paula Radcliffe's 16-year-old mark last week.

The men's marathon record has been broken four times since April, most recently by Kipchoge in September with a time of 2:01:39, while the previous best stood for nearly five years. 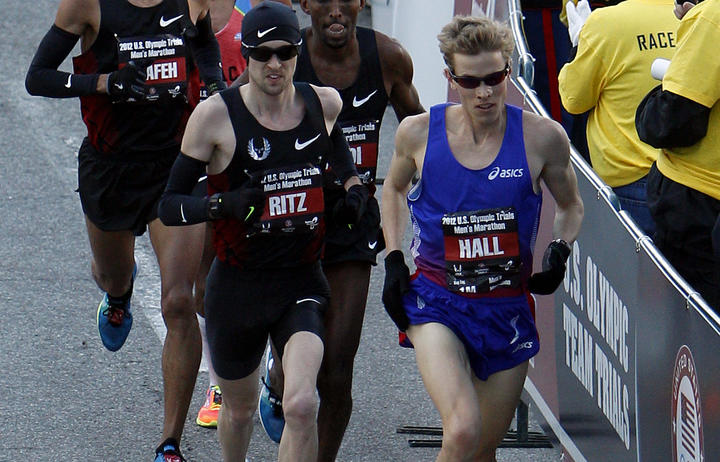 Now-retired American runner Ryan Hall, who finished 10th in the marathon at the Beijing Olympics, has called for the athletics world governing body to step in to ensure that runners are not being disadvantaged by not having access to the shoes.

"With all due respect to [Kipchoge] - as he is clearly the greatest marathoner of all-time regardless of the shoe he is in, [but] when a shoe company puts multiple carbon fibre plates in a shoe with a cushion between the plates, it is no longer a shoe," Hall wrote on Instagram.

"It's a spring, and a clear mechanical advantage to anyone not in those shoes.

"I'm just hoping [the International Amateur Athletic Federation, or IAAF] makes sure the upcoming Olympics and [World Marathon Majors] are fair playing fields for athletes of all brands."

He later clarified his statement, saying he was not trying to take away from Kipchoge's amazing performances.

"The only reason I posted was simply to state my opinion that shoes need to be regulated with strict rules so that it's an even playing field for elites across all brands," he said.

"I'm all about [advancements] in technology that help us run faster. But I don't think athletes should be losing races because they are in a shoe that doesn't have a spring-like mechanism in them.

"This isn't about unreleased prototypes not being available, it's about mechanical advantage. Other sports have limits they place on the gear - cycling, triathlon, golf. So needs track and field." 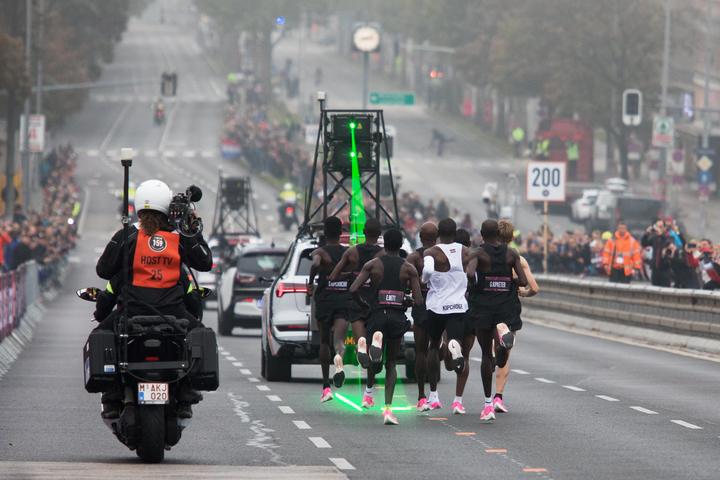 British newspaper The Times reported that a group of athletes had already complained to the IAAF about the shoe, and that the federation had reportedly set up a "working group to consider the issues".

"The challenge for the IAAF is to find the right balance in the technical rules between encouraging the development and use of new technologies in athletics and the preservation of the fundamental characteristics of the sport: accessibility, universality and fairness," the IAAF said in a statement.

Mechanical advantage not a new problem in sport

Swimming and cycling have also had to consider how to deal with technical developments providing too much of an advantage to athletes. 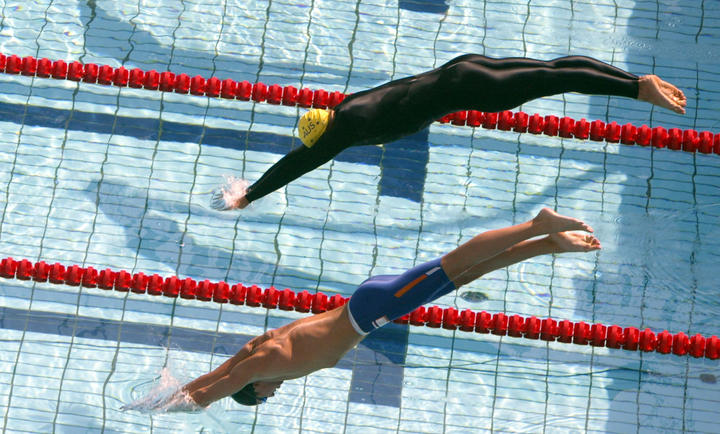 Ian Thorpe from Australia and Pieter van den Hoogenband from Netherlands compete during the Men's 200m freestyle, heat 8, at the 2004 Olympic Games in Athens. Photo: AFP

FINA launched a review of technology in swimming suits after 100 world records were broken in the space of 18 months.

The men's 100-metre freestyle record is case in point.

Pieter van den Hoogenband's world record stood for eight years after the Sydney Olympics before being broken seven times between March 2008 and July 2009. It has not been broken since fast suits were banned.

World cycling's governing body, the UCI, announced it was introducing "rigorous testing" during this year's Giro d'Italia to detect hidden motors inside the frames of bikes - including magnetic scanning and X-rays.

The UCI has been working on a tracker that can be fitted onto every bike in the peloton to detect whether a motor is used at any point in the race.