Large crowds have taken to the streets of Paris opposing a bill that would give single women and lesbian couples access to fertility treatments. 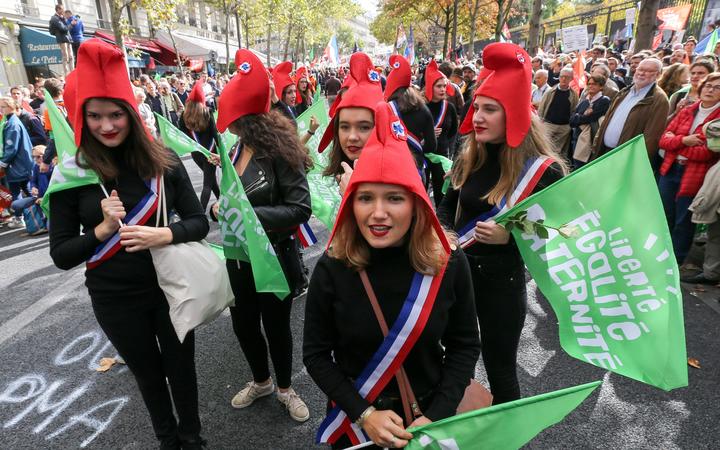 Women wearing caps that symbolise the French Republic take part in the protest in Paris against a government plan to let single women and lesbians become pregnant with fertility treatments. Photo: AFP

If passed, the new law would be France's first major social reform since the legalisation of gay marriage in 2013.

IVF treatment in France is currently restricted to heterosexual couples.

The draft bill has been passed by the lower house of parliament. It will go before the Senate later this month.

Predictions on the number of protesters varied, with one research group saying 74,000 attended while organisers put the figure at around 600,000. Police put the attendance at 42,000. 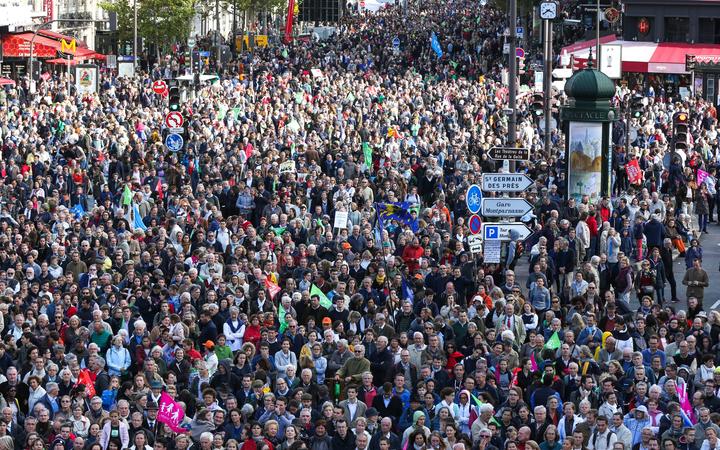 Bill would bring France in line with neighbours

The proposed legislation would allow all women under 43 access to IVF treatment regardless of sexual orientation or relationship status.

It would also give children conceived with donated sperm the right to seek out the donor's identity when they reach the age of 18. This is not currently allowed.

The new legislation would bring France in line with most of its neighbours including Britain, Spain and the Netherlands.

Polls suggest about two-thirds of the public support the bill.

"The family, with a mother and a father, is an ecosystem that needs protecting," Christian Kersabiec, 68, told the AFP news agency at the protest.

Many of those demonstrating also protested against legalising gay marriage in 2013.

But polls suggest that acceptance of less traditional ideas of family structures has grown since then.