The mother of a man killed in a car crash has appealed "as a mum" for a suspect to return to the UK to face questioning by the police. 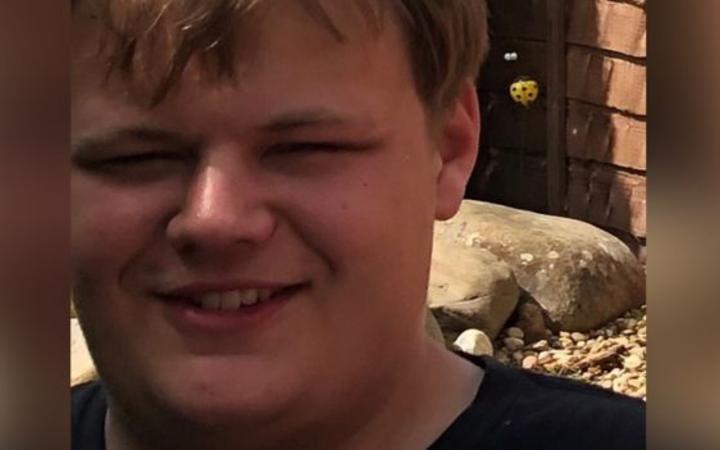 Harry Dunn, 19, of Charlton, Banbury, was killed when his motorbike crashed with a car near RAF Croughton in Northamptonshire on 27 August.

The wife of a US diplomat left the country after she was made a suspect.

Charlotte Charles's appeal comes after police said they wanted to interview an American woman in her 40s.

Foreign Secretary Dominic Raab said he had expressed his "disappointment" to the US ambassador about her departure.

Mrs Charles says she is "utterly devastated" the woman has left the country, and is willing to travel to the US to seek her return.

Mrs Charles told the BBC's PM programme: "Harry's stepdad, my husband, is a US citizen. A couple of weeks or more after we'd lost Harry we let the police know that Bruce, my husband, was a US citizen, in the hope that that would help matters.

"We're really hoping to try to get her back; from me, as a mum, to her, as a mum, you just hope that he [Mr Raab] can try to get through to her.

"We don't wish her any ill harm, but we don't understand how she can just get on a plane and leave our family just utterly devastated.

"If we don't get any luck over here, then we will go over there."

Under the 1961 Vienna Convention, diplomats and their family members are immune from prosecution in their host country, so long as they are not nationals of that country.

However, their immunity can be waived by the state that has sent them - in this case, the US.

Superintendent Sarah Johnson said: "Northamptonshire Police followed all of its usual procedures following the incident, including liaising closely with the suspect, who engaged fully with us at the time and had previously confirmed to us that she had no plans to leave the country in the near future.

"The force is now exploring all opportunities through diplomatic channels to ensure that the investigation continues to progress.

"Harry Dunn's family deserve justice and in order to achieve this, a full and thorough investigation, with the assistance of all parties involved, needs to take place."

Mr Raab said: "I have called the US ambassador to express the UK's disappointment with their decision, and to urge the embassy to reconsider it."

The US Embassy in London said: "Embassy officials are in close contact with the appropriate British officials on this matter.

"Due to security and privacy considerations, we cannot confirm the identity of the individuals involved, but we can confirm the family has left the UK."