Almost 100 people have died in ongoing anti-government protests in Iraq. 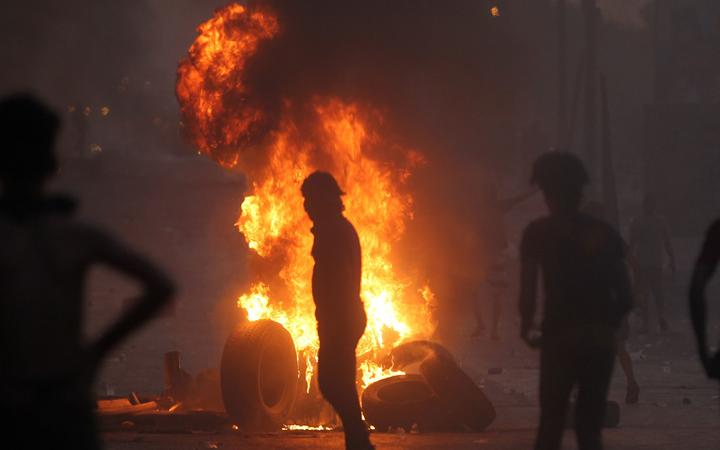 Iraqi demonstrators stand behind a tyre fire during a demonstration against state corruption, failing public services, and unemployment, in Baghdad. Photo: AFP

The unrest entered its fifth day on Saturday, with five people killed in the latest clashes in Baghdad.

The security forces are again reported to have used live rounds.

Demonstrators say they are taking a stand against unemployment, poor public services and corruption.

The protests are seen as the first major challenge to Prime Minister Adel Abdel Mahdi's fragile government, nearly a year since he came to power.

The authorities have been trying to control the protests through curfews and a near-total internet blackout.

An emergency session of parliament failed to go ahead on Saturday afternoon.

The daytime curfew in Baghdad was lifted on Saturday, and smaller groups of protesters began to renew their action.

The city's Tahrir Square has been the focal point of protests, but it was blocked on Saturday, according to local news agencies.

The violence has also affected majority Shia Muslim areas in the south, including Amara, Diwaniya and Hilla. A number of deaths were reported on Friday in the southern city of Nasiriya, about 320km away.

A total of 540 protesters have been arrested, of whom nearly 200 remain in custody, the human rights commission said.

It also said more than 3000 people had been injured. 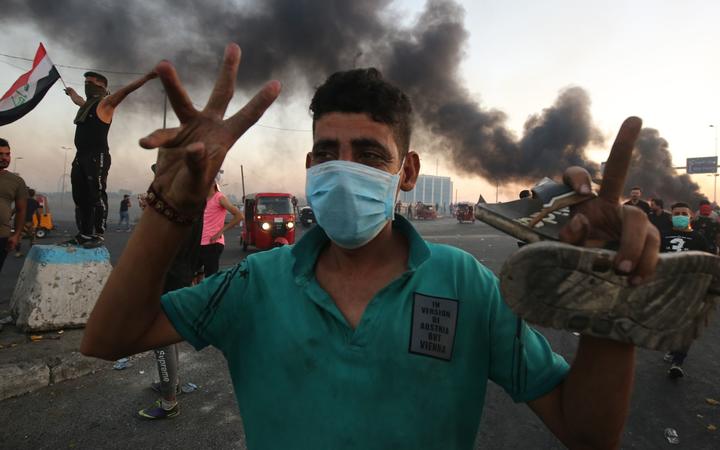 A protester gestures during a demonstration in Baghdad where there have been violent demonstrations against the government for five days. Photo: AFP

On Friday, Prime Minister Mahdi vowed to respond to protesters' concerns but warned there was no "magic solution" to Iraq's problems.

He said he had given his full backing to security forces, insisting they were abiding by "international standards" in dealing with protesters.

Iraq's most senior Shia cleric, Ayatollah Ali al-Sistani, urged the government to respond to the demands for reform, saying it had "not answered the demands of the people to fight corruption or achieved anything on the ground".

The United Nations and United States have expressed concern over the violence, and urged the Iraqi authorities to exercise restraint.

Corruption, unemployment and poor public services are at the heart of the discontent faced by young Iraqis today. The unrest began spontaneously with no formal leadership in mostly Shia areas in the south, and quickly spread.

Iraq has the world's fourth-largest reserves of oil, but 22.5 percent of its population of 40 million were living on less than $US1.90 ($NZ3) a day in 2014, according to the World Bank. One in six households has experienced some form of food insecurity.

The unemployment rate was 7.9 percent last year, but among young people it was double that. And almost 17 percent of the economically active population is underemployed.

The country is also struggling to recover after a brutal war against the Islamic State group, which seized control of large swathes of the north and west in 2014.