US retailer CVS has become the latest to suspend the sale of a heartburn drug being investigated for links to cancer. 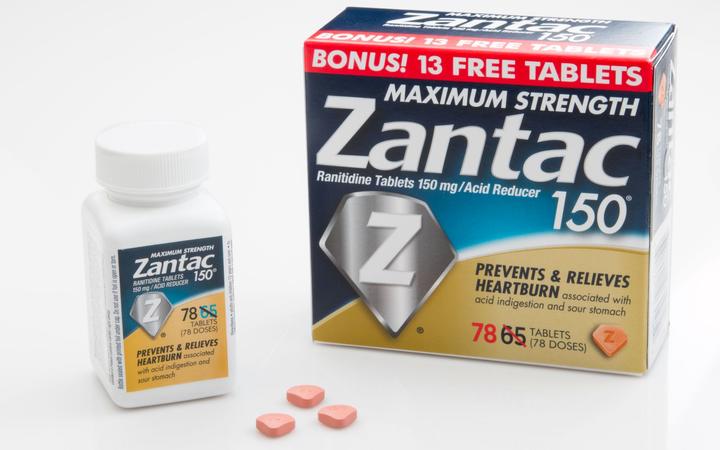 It follows concern in several countries over the presence of impurities in Zantac and other ranitidine products.

Canada and France have already announced Zantac recalls. The US and the European Union are investigating.

Health authorities say there is no immediate risk, but patients have been advised to consult a doctor who can prescribe alternatives to ranitidine.

What is the fear about?

On 13 September, both the US Food and Drug Administration (FDA) and the European Medicines Agency (EMA) published their decisions to review the presence of N-nitrosodimethylamine (NDMA) in medicines containing the drug ranitidine.

NDMA is classified as a probable human carcinogen (a substance that could cause cancer) on the basis of animal studies.

NDMA is found in water and foods, including meats, dairy products, and vegetables, but is not expected to cause harm when ingested in very low levels, EMA says.

Ranitidine products are used to reduce the production of stomach acid in patients with conditions such as heartburn and stomach ulcers.

It is available in New Zealand with a prescription.

Who has recalled the products so far?

CVS's announcement on Saturday said it was suspending the sale of Zantac and CVS Health brand ranitidine products "out of an abundance of caution".

"Zantac brand products and CVS brand ranitidine products have not been recalled, and the FDA is not recommending that patients stop taking ranitidine at this time," the company said.

Walgreens, Walmart and Rite Aid in the US had earlier taken a similar decision.

Canada and France have removed the drugs from pharmacy shelves. A number of other countries have followed suit.

Bangladesh on Sunday issued a temporary ban on the import, production and sale of ranitidine while it investigates the links to cancer.

Sandoz, owned by Novartis, told the BBC it was recalling "several batches of its ranitidine-containing medicines". The recalls were "under way or pending" in Australia, Austria, Belgium, Canada, Croatia, the Czech Republic, Denmark, Finland, Germany, Hungary, Macedonia, Portugal, Slovakia, Slovenia, Sweden, Switzerland and the US.

Apotex also said it was recalling ranitidine tablets in the US.

The BBC has approached GlaxoSmithKline, the original makers of Zantac. The company is reported to have stopped distributing its generic version of the drug and recalled its products from India and Hong Kong.

What should patients do?

Health regulators are urging people taking ranitidine not to discontinue it immediately.

The FDA said, however, that those taking it by prescription should contact health professionals about alternatives. And those buying it over the counter could consider other options.

French authorities also emphasised there was no "acute risk" and patients should not stop the medication or return it to pharmacies.