A mass parachute drop has taken place in the Netherlands to mark the 75th anniversary of Operation Market Garden in World War II. 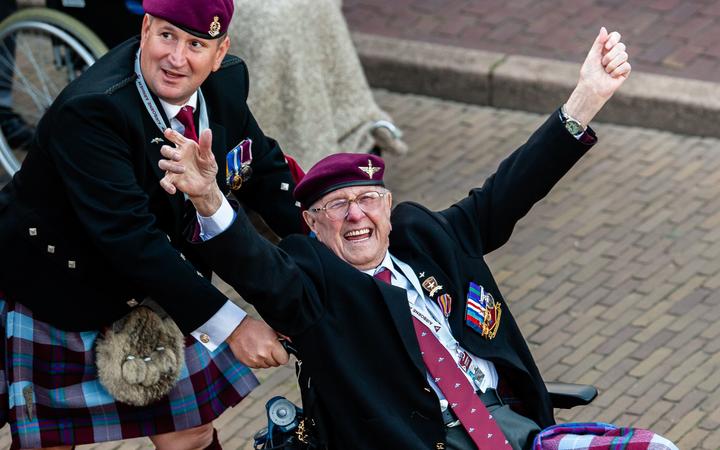 A veteran arrives at the commemoration service for the Battle of Arnhem. Photo: AFP

The Prince of Wales joined veterans at the commemorations to the allied assault in the Battle of Arnhem.

British, US and Polish forces dropped behind enemy lines in 1944 but failed in their bid to secure eight bridges and open up a route into Germany.

About 35,000 troops landed by parachute and gliders in what was then the largest airborne operation in history.

They seized bridges and canal crossings at Eindhoven, Nijmegen and Arnhem, but were forced to retreat after German counter-attacks. More than 1500 allied soldiers were killed and nearly 6500 captured. 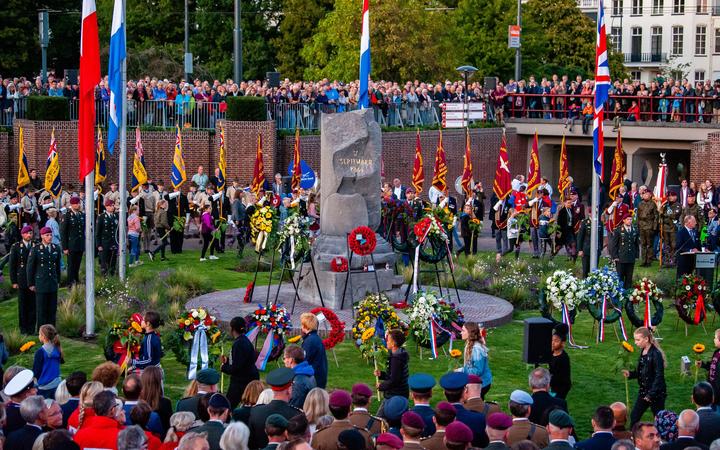 A view of the 75th anniversary of the Battle of Arnhem ceremony, in Arnhem in the Netherlands. Photo: AFP

Prince Charles and Princess Beatrix of the Netherlands and veterans attended a service and wreath-laying at the former landing zone of Ginkel Heath. 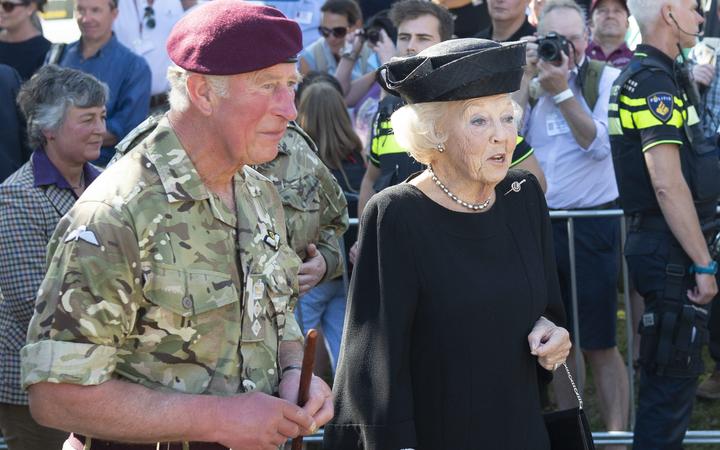 Soldiers from the Parachute Regiment, of which the prince is colonel-in-chief, were among the 1500 people who took part in the commemorative parachute drop.

The prince later travelled to Driel for a service in honour of Polish forces, who had landed in the town during Operation Market Garden.

Mr Cortmann, from Aberdeen, made a tandem jump with a parachutist from the Army's Red Devils display team over the Ginkel Heath nature reserve as part of the commemorations.

He was just 22 when he parachuted into the same drop zone in September 1944, where he was taken prisoner by the Germans.

He described the jump as "thoroughly terrifying", and added: "When the door opened I thought, Christ, what a way down."

But he said it was "absolutely wonderful to see the ground so far below, my God".

Asked if the jump was similar to the one 75 years ago, he said: "I can't remember much about the jump in 1944, we were just a bunch of young lads out for a good time if you like, but it turned out rather terrifying in the end with the guns and mortars and things opened up. They were all aimed at us." 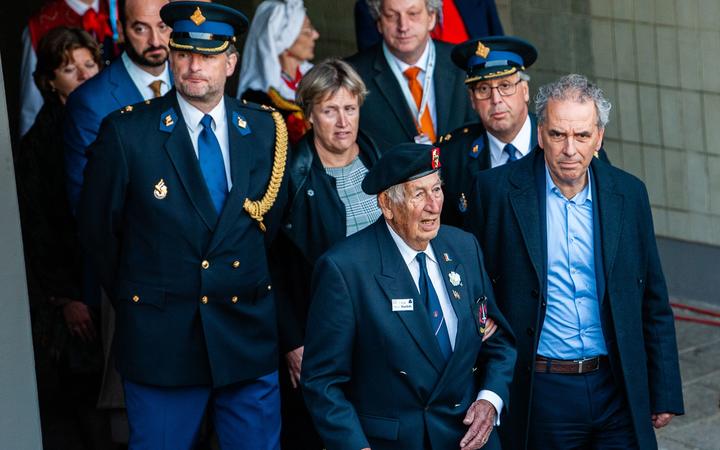 Another of the soldiers returning to the former battlefields for the anniversary is 100-year-old Raymond Whitwell, from Malton, North Yorkshire.

Speaking from the Commonwealth War Graves Commission's cemetery at Oosterbeek near Arnhem he recalled the moment he landed by glider in 1944.

"I said to myself on the way out, what on Earth am I doing here? But when you're there your training takes over," he said.

Mr Whitwell added: "The Dutch people are really very, very nice, it's wonderful to be back."