The US weapons company Colt says it is suspending the production of rifles for the civilian market, including the popular AR-15. 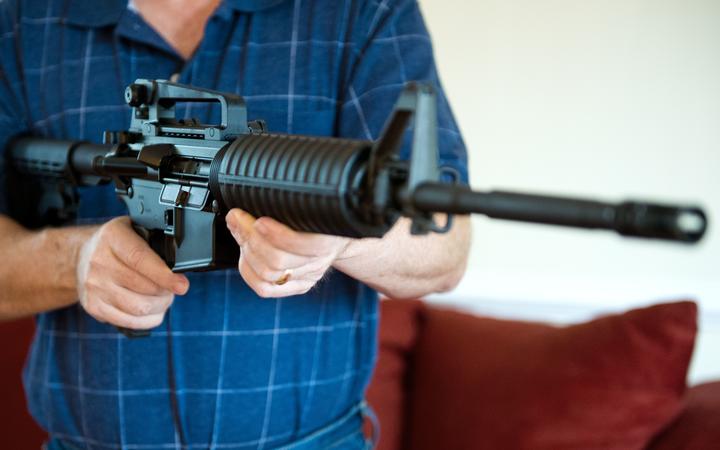 The semi-automatic rifle has been used in numerous mass shootings in the US, and was one of the weapons used in the Christchurch mosque massacre.

Colt's chief executive officer, Dennis Veilleux, said it is not permanently ending production, but the company will now concentrate on fulfilling military and law enforcement contracts.

He said the market for modern sporting rifles has experienced "significant excess" in manufacturing capacity.

"Given this level of manufacturing capacity, we believe there is adequate supply for modern sporting rifles for the foreseeable future," he said.

There are estimated to be five to 10 million AR-15-style rifles in the US, as part of the 300-million firearms owned by Americans.

Mr Veilleux said Colt remains committed to the Second Amendment right for Americans to bear arms, and was adapting to consumer demand.

"At the end of the day, we believe it is good sense to follow consumer demand and to adjust as market dynamics change," Mr Veilleux said.

"Colt has been a stout supporter of the Second Amendment for over 180 years, remains so, and will continue to provide its customers with the finest quality firearms in the world."