The remains of a man who went missing two decades ago in Florida have been found in a submerged car visible on Google Maps. 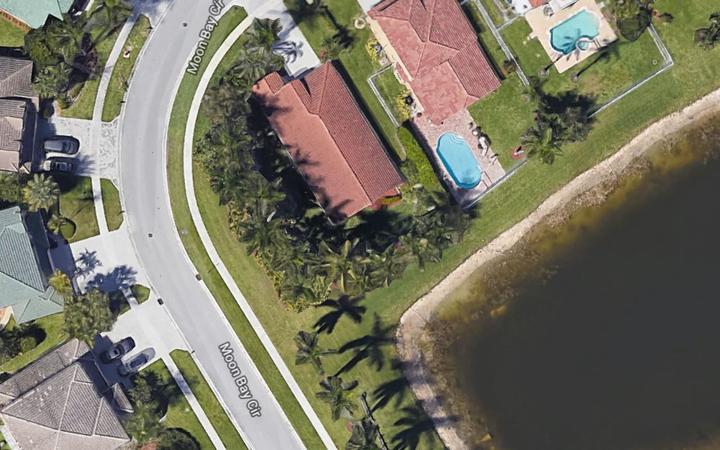 The remains of William Moldt have been found 22 years after he went missing. Photo: Google Maps

William Moldt, 40, was reported missing from Lantana, Florida, on 7 November 1997.

He failed to return home from a night out at a club when he was 40 years old.

A missing person investigation was launched by police but the case went cold.

On 28 August this year - 22 years on - police were called to reports of a car found in a pond in Moon Bay Circle, Wellington.

When the vehicle was pulled from the water, skeletal remains were found inside. One week later the remains were positively identified as belonging to Mr Moldt.

A report by the Charley Project, an online database of cold cases in the US, said "a property surveyor saw the car while looking at Google Earth".

"Amazingly, a vehicle had plainly [been] visible on a Google Earth satellite photo of the area since 2007, but apparently no one had noticed it until 2019," according to the report.

What appears to be a silver car submerged in the pond can still be viewed on Google Maps.

Palm Beach County Sheriff's Office told the BBC that Mr Moldt is presumed to have lost control of his vehicle and driven into the pond.

The force said that, during the initial investigation into his disappearance, there was "no evidence of that occurring" until recently, when a shift in the water made the car visible.

"You can't determine what happened that many years ago, what transpired," police spokeswoman Therese Barbera said.

"All we know is that he went missing off the face of the Earth, and now he's been discovered."

Ms Barbera said it was a neighbour who reported the sunken car and was not aware of reports that Google Maps had been used.

On the night of his disappearance, Mr Moldt left the club at about 11pm local time, a report by the National Missing and Unidentified Persons System said.

Mr Moldt, a quiet man who did not socialise much, did not appear intoxicated and left alone in his vehicle, it added.

"He also was not a frequent drinker but did have several drinks at the bar," the report said.

Mr Moldt called his girlfriend at about 9.30pm, telling her he would be home soon, but was never seen or heard from again.

Mr Moldt's family has been informed about the discovery of his remains. It is not known whether his girlfriend has been contacted.