Three men have been given life sentences in connection with one of Pakistan's most notorious "honour killing" cases. 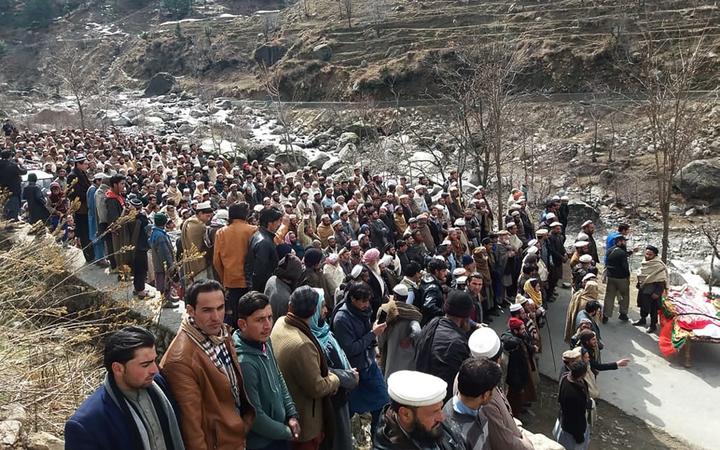 Pakistani residents offer funeral prayers beside the coffin of Afzal Kohistani, who was killed by gunmen, in Battagram District in Khyber Pakhtunkhwa Province. Photo: AFP

Named as Omar Khan, Sabeer and Saheer, they are related to three women killed after being filmed singing and clapping at a wedding in 2011.

Their bodies were never found. Two men they were with are still in hiding. The fates of another two women are unknown.

The killings sparked a blood feud which left another four dead.

Five other men were acquitted by the court in Besham, in north-western Khyber Pakhtunkhwa province.

Why were they killed?

The exact details of what took place are not entirely clear.

A video emerged in 2011 which appeared to show a group of women - named as Bazeegha, Sereen Jan, Begum Jan and Amina - at a wedding, singing and clapping. A fifth woman - Shaheen, who was under 18 - is also thought to have been present.

It also showed a man dancing - although they were never in the same shot together. A second man is said to have been filming.

It was enough, in the remote northern Kohistan district where matters of family honour are settled in blood, to warrant at least three of the women's deaths.

According to local custom, male family members of a woman suspected of an out-of-wedlock liaison - even of a seemingly innocuous nature - should first kill the woman, and then go after the man. The family of the man would not oppose this action, correspondents say.

It meant everyone in the video - which was seen as "breaching the honour" of the women's family - was in danger.

How did it come to light?

The wider world learned of the video in 2012 when Afzal Kohistani - brother of the two men involved - broke the code of silence to allege the women had been murdered, in order to save his siblings' lives.

His campaign for justice prompted the Supreme Court to order an investigation into the killings. Investigators trekked for two days to the remote village and were initially presented with three women the locals claimed were those missing. The claims were later dismissed as false.

It took until 2018 for a judge to finally order a court case into three deaths. Bazigha's father Sabeer, Seren Jan's father Saheer and Begum Jan's brother Omar Khan have now been given life sentences.

However, it is unclear what charges they were found guilty of and further details are still awaited.

But Afzal Kohistani did not live to see the sentencing. His decision to speak out led to three of his other brothers being killed in 2013, while his house was firebombed and destroyed.

Six men were convicted of those killings but later acquitted.

Then, in March 2019, Afzal Kohistani was shot dead in the north-western city of Abbottabad.

His death led activists to question why he hadn't been given adequate protection when he was a known target.

His brothers remain in hiding. 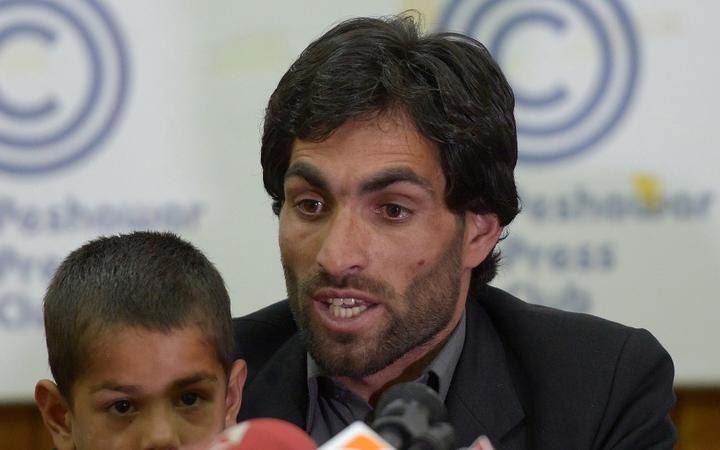 Bin Yasir (R), the brother of Afzal Kohistani, who was gunned down. Photo: AFP