Hong Kong leader Carrie Lam has said she will withdraw the highly controversial extradition bill which has triggered months of protests. 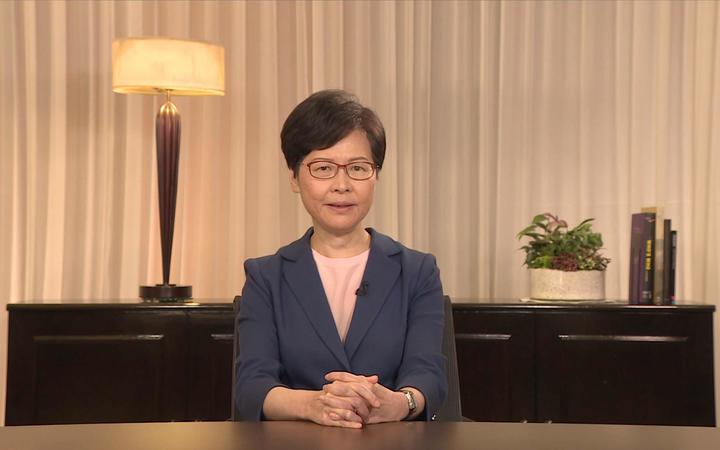 Carrie Lam in a pre-recorded address said the protests had "shocked and saddened the Hong Kong people". Photo: AFP

The proposal, introduced in April, would have allowed criminal suspects to be extradited to mainland China.

The bill was suspended in June but Ms Lam stopped short of scrapping it.

Full withdrawal was one of five key demands of protesters, who also want full democracy. Some rejected Ms Lam's move and vowed to keep on protesting.

In a televised address on Wednesday, Ms Lam said the government would "formally withdraw the bill in order to fully allay public concerns".

She said the protests had "shocked and saddened the Hong Kong people" and the violence was "pushing Hong Kong towards a highly dangerous situation".

"Currently, stopping the violence is the top priority, maintaining the law and rebuilding the rules of society. The government will sternly tackle violence and illegal action." 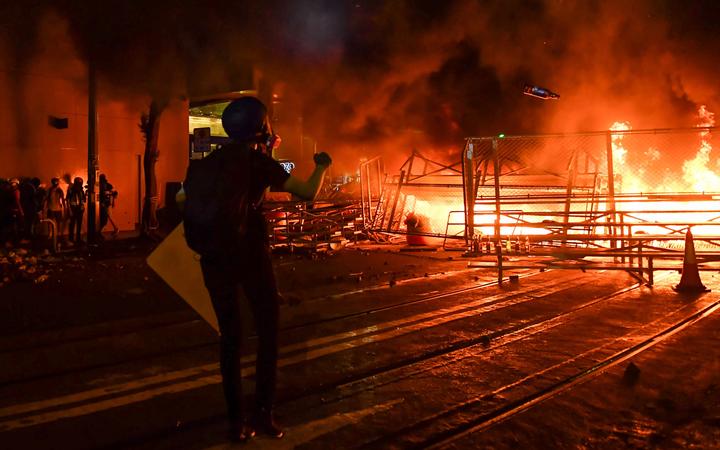 A protester in front of a barricade set on fire in the Wan Chai district in Hong Kong on 31 August. Hong Kong is in its 14th successive week of demonstrations. Photo: AFP

In her pre-recorded message Ms Lam also announced other measures that appeared to be designed to soothe unrest.

She said two senior officials would join an existing inquiry into police conduct during the protests. An independent investigation into alleged police brutality against protesters is another of the activists' key demands.

On Monday, Ms Lam was heard on leaked audio tapes blaming herself for igniting Hong Kong's political crisis, and saying it was unforgiveable of her to have caused such huge havoc.

The extradition bill quickly drew criticism after being unveiled in April. Opponents said it would undermine Hong Kong's legal freedoms and might be used to intimidate or silence critics of Beijing.

Hong Kong is now in its 14th successive week of demonstrations, and saw fresh violence between police and activists last weekend.

"It won't pacify everybody but hopefully it would clear remaining doubt in the minds of some of the peaceful protesters," she said.

"We must stop police brutality. Otherwise the protests will keep going," he said.

Ahead of Ms Lam's announcement, leading pro-democracy activist Joshua Wong said the withdrawal of the bill would be "too little too late".

Fellow pro-democracy activist Nathan Law told the BBC that their campaign would go on.

"The movement has evolved into a movement that fights for autonomy, democracy and also preserving our way of life and restricting the excessive power of the police. So I think the protest will continue based on that," he said.

Amnesty International said that although the withdrawal of the bill was welcome, an independent investigation into "unnecessary and excessive use of force by police" was needed "more than ever".

Demonstrators want amnesty for all those arrested, greater political reforms and for officials to stop describing the protests as riots.

Hong Kong was handed back to China in 1997 after more than 150 years of British rule. It has remained semi-autonomous under a "one country, two systems" principle but some fear China is seeking greater control.

What is the bill about?

They also argued the bill would give China greater influence over Hong Kong and could be used to target activists and journalists.

Opposition was widespread from the start with groups from all sections of society voicing their criticism.