An anti-groping device aimed at tackling sexual harassment on public transport has been launched in Japan. 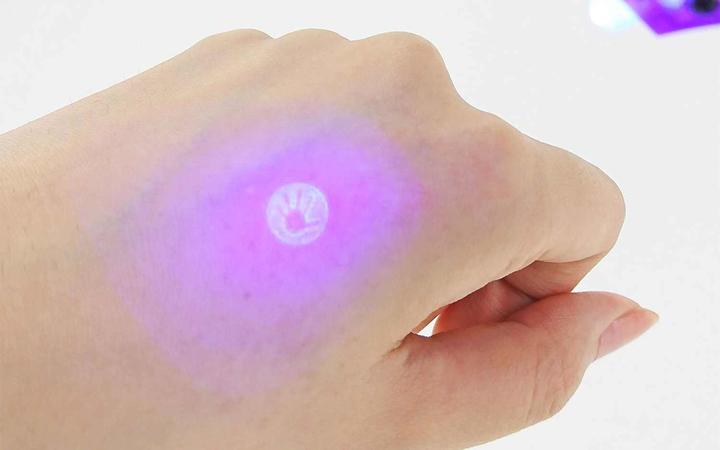 It allows victims to mark their assailants with an invisible ink stamp in the shape of a hand.

People can then use the device's black light to identify those who have been marked.

The firm involved says it wants to help tackle the crime. But one sex abuse charity is concerned that the tech could place an added burden on victims.

Japanese firm Shachihata says it developed the stamp to help deter groping on trains in the country.

The company first announced it was developing the stamp in May after a video showing a pair of Japanese schoolgirls chasing down a suspected groper on a station platform went viral.

A spokesman for Shachihata tweeted that the device was a "small step toward a world free of sexual crimes". 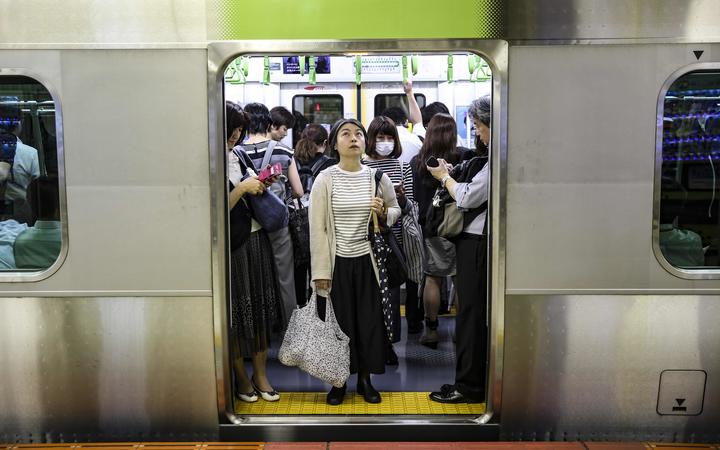 Passengers on a Tokyo subway train. Tokyo police said 1750 cases of groping, mostly on trains or at stations, were reported in 2017.. Photo: AFP

But a spokeswoman for Rape Crisis England and Wales told the BBC she was concerned about companies making money on the back of "legitimate fears of rape and sexual violence" and putting the onus on the potential victim.

"While the inventors and manufacturers of products like these are no doubt well-intentioned, there is something problematic about anyone making profit out of people's - predominantly women's and girls' - reasonable fear of sexual violence and abuse," said Katie Russell.

"Perhaps more importantly, 'prevention' products like this one seem to place the onus and responsibility on victims and potential victims to protect themselves and others from sexual violence, when really that responsibility lies solely and completely with the perpetrators of these crimes, as does the power to end them."

The Tokyo Metropolitan Police said 2620 sexual crimes were reported in 2017, including 1750 cases of groping, mostly on trains or at stations.

This marks the latest in a series of attempts to deter gropers in the country, and comes just months after the release of anti-harassment app Digi Police.

The app lets victims alert fellow passengers that they are in danger by displaying a written message saying: "There is a groper here. Please help."

"Anti-groping cameras" were fitted on Tokyo's commuter trains in 2009 to help deal with complaints of sexual harassment.

More than 6000 people were arrested on suspicion of the activity or taking unsolicited photographs in the same year.

The #MeToo movement has so far been slow to catch on in Japan, which ranks 110th out of 149 countries in the World Economic Forum's index measuring gender equality.