An Oklahoma judge has found Johnson & Johnson liable in a lawsuit claiming the drug maker helped fuel an opioid epidemic in the state. 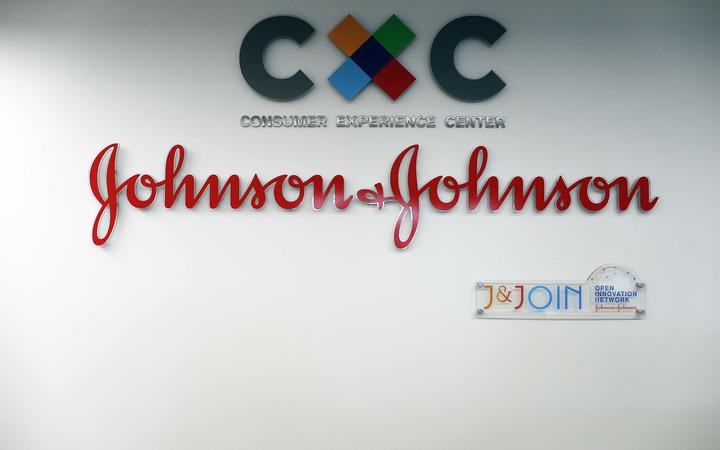 It has ordered the drugmaker to pay damages of $US572 million.

The case is the first to go to trial out of thousands of lawsuits filed by state and local governments against opioid manufacturers and distributors.

Judge Thad Balkman of Cleveland County District Court in Norman, Oklahoma, delivered his decision in a lawsuit alleging that J&J's marketing practices fueled the opioid epidemic by flooding the market with painkillers.

Oklahoma Attorney General Mike Hunter had been seeking to make J&J pay more than $US17 billion to help the state address the epidemic for the next 30 years through addiction treatment and prevention programmes. The award was well below what some investors and analysts feared and shares of J&J rose 5 percent following the verdict.

"The opioid crisis is an imminent danger and menace to Oklahomans," Judge Balkman said.

But in his written decision, the judge said the figure he awarded covered only one year, saying Oklahoma did not offer enough evidence of the time and costs to address the opioid crisis beyond that.

J&J said it would appeal, and seek to put payment of the award on hold during the appeal process.

"Janssen did not cause the opioid crisis in Oklahoma, and neither the facts nor the law support this outcome," Michael Ullmann, J&J's general counsel, said in a statement. Janssen Pharmaceuticals is the healthcare conglomerate's primary prescription drugs unit.

The trial came after Oklahoma resolved claims against OxyContin maker Purdue Pharma LP in March for $US270m and against Teva Pharmaceutical Industries Ltd in May for $US85m, leaving J&J as the lone defendant.

The litigation has been closely watched by plaintiffs in about 2000 opioid lawsuits pending before a federal judge in Ohio who has been pushing for a settlement ahead of an October trial.

Some plaintiffs' lawyers have compared the opioid cases to litigation by states against the tobacco industry that led to a $US246 billion settlement in 1998.

Opioids were involved in almost 400,000 overdose deaths from 1999 to 2017, according to the US Centers for Disease Control and Prevention.

Since 2000, some 6000 Oklahomans have died from opioid overdoses, according to the state's lawyers.

During a seven-week non-jury trial, lawyers for Oklahoma argued that J&J carried out a years-long marketing campaign that minimized the addictive painkillers' risks and promoted their benefits.

The state's lawyers called J&J an opioid "kingpin" and argued that its marketing efforts created a public nuisance as doctors over-prescribed the drugs, leading to a surge in overdose deaths in Oklahoma.

J&J has denied wrongdoing. The drugmaker has said its marketing claims had scientific support and that its painkillers, Duragesic and Nucynta, made up a tiny fraction of opioids prescribed in Oklahoma.

The company also said in a statement that since 2008, its painkillers accounted for less than 1 percent of the US market, including generics.

Lawyers for New Jersey-based J&J have said the case rests on a "radical" interpretation of the state's public nuisance law.

J&J said on Monday prior to the decision that the state's attempt to use public nuisance law to resolve a "complex social problem" was "misguided and legally unsustainable."

"Not once did the state identify a single Oklahoma doctor who was misled by a single Janssen statement, nor did it prove that Janssen misleadingly marketed opioids or caused any harm in Oklahoma," John Sparks, Oklahoma counsel for Johnson & Johnson, said in a statement.

J&J said it has not set aside a litigation reserve to pay potential damages, and that its policy is to do so once a loss is "probable and can be reasonably estimated."