Australia's former Nationals leader and deputy prime minister Tim Fischer has died at the age of 73 from an acute form of leukaemia. 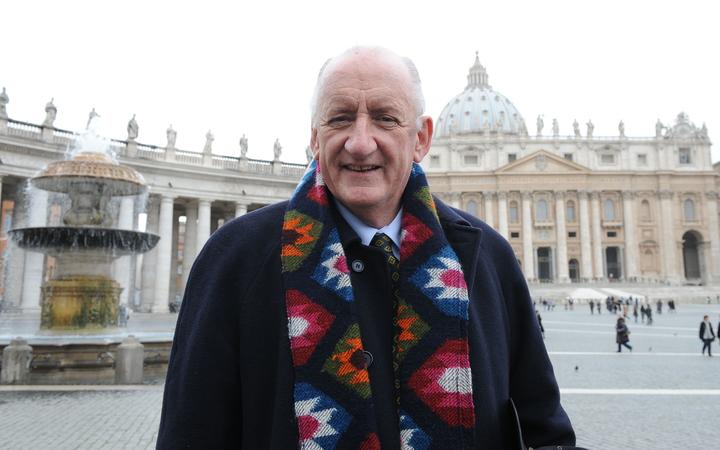 A widely respected and quirky political figure, Mr Fischer's remarkable career began as a 20-year-old conscript fighting in the jungles in Vietnam and ended in the Vatican as Australia's top diplomat.

But the Boy from Boree Creek (a tiny town near Wagga Wagga) made his greatest contribution in politics and will be remembered for the key role he played in reforming Australia's gun laws.

By the time he entered the New South Wales parliament in 1971, at the age of 24, he had already served as an officer and platoon commander in the Australian Army.

After 13 years as the member for Sturt and then Murray, he made his move to Canberra by winning the federal seat of Farrer.

Ever the wily politician, he exploited a depleted National Party to seize the leadership in 1990.

As deputy PM, Mr Fischer stridently supported then-prime minister John Howard's 1996 gun control laws in the wake of the Port Arthur massacre, despite fierce resistance among much of the Nationals' rural base.

The episode tested his mettle as Nationals leader, but biographer and journalist Peter Rees said it would prove to be his greatest legacy.

"Tim went to hostile meetings in rural Australia, meetings where effigies of him were hanging from light posts, and he argued the case for gun control," he said.

A tall, idiosyncratic man with a staccato-style of speaking (which the late Labor senator John Button jokingly dubbed "Albury Afrikaans"), Mr Fischer did not fit the mould.

He was obsessed with trains (he was arguably the nation's most famous trainspotter), annual treks to Australia's highest peak and the Kingdom of Bhutan.

But according to Mr Rees, he used his eccentricities to his advantage, to build a profile and stand out in an era of big political personalities.

"Tim was a once-in-a-generation politician," he said.

With an Akubra almost permanently fixed atop his head, Mr Fischer was considered a quintessential Nationals member and a formidable grassroots campaigner.

A conservative at heart, Native Title was one policy area that proved problematic for Mr Fischer.

He opposed the landmark Mabo and Wik High Court cases and was forced at one point to declare he was "not a racist and not a redneck" for voicing his concerns.

When I was elected five years ago, Tim Fischer sent me his top 10 tips for surviving Parliament. He was generous and caring man who was never afraid to fight for what he believed in. We will miss him greatly. pic.twitter.com/6mstsNyf3f

From the jungles of Vietnam to the halls of our Federal Parliament, Tim Fischer lived his life in service to our nation.

He often said one of his proudest achievements was securing gun control reform.

Nicknamed "Two Minute Tim" for his frenetic pace, as trade minister he managed to visit more than 60 countries in three years and help open up markets in China, India and even Iran.

But in 1999, at the height of his political career, Mr Fischer abruptly announced his resignation from the frontbench and his intention to retire from politics at the next election.

His schedule was "killing him", he explained at the time, but one of the key reasons was also his son Harrison's autism diagnosis.

"Because I married later in life, happily, to Judy, I have an absolute intense feeling about doing all I can to contribute to that marriage and to Dominic and Harrison's development," he told Australian Story in 2001.

In a more recent episode of the program, Mr Fischer was more candid about his son's condition.

"It was shattering, it was disappointing, it was challenging. And initially I pushed back against it in a somewhat crazy way," Mr Fischer said.

It was after Harrison's diagnosis that Mr Fischer said he realised that he himself had a degree of autism.

Mr Fischer was very close to Mr Howard, who described him as the "epitome of a good bloke", and held in high regard by his opponents.

Then-Labor leader Kim Beazley described him as one of the "very genuinely loved people in this place".

Rees was in the press gallery at the time and said "you could hear a pin drop" as Mr Fischer made the shock announcement.

Typically, his retirement was anything but quiet.

Mr Fischer took up positions with Tourism Australia and the Royal Flying Doctor Service, before his life of public service was capped off in one of the world's holiest places.

The Jesuit-educated Catholic was sent to the Vatican, appointed Australia's first resident ambassador to the Holy See by then Labor Prime Minister Kevin Rudd in 2008.

Vale Tim Fischer. Our deepest condolences to Judy, Dominic and Harrison. I was proud to appoint him as our first and best Ambassador to the Holy See. I will never forget him in his beloved Akubra with me in audience with the Pope. A good Australian. https://t.co/mGc5YhqmXb

In between it all, Mr Fischer found the time to host the ABC radio program The Great Train Show and write several books on that topic, and others including East Timor, the Vatican and most recently, World War I general, Sir John Monash - illustrating his diverse range of interests.

Mr Fischer eventually sold up at Boree Creek and moved to a cattle property in Victoria, where he assumed the role of "assistant deputy farm hand" to Judy.

He continued his advocacy of agriculture and gun control until cancer crept up on him quickly.

This time, it was leukaemia and the prognosis wasn't good.

Months before he died, Mr Fischer attributed his condition to exposure to the chemical Agent Orange during his service in Vietnam in the 1960s.

"At least one specialist has suggested my immunity broke down a lot more quickly as a direct consequence," he told Australian Story.

Asked whether it seemed a cruel price to pay serving his country, said, "Yes. That's true."

"But many had their lives shortened by service in Vietnam," he said.

The cancer slowed him and then finally stopped him, as little else could ever do in the active life of Timothy Andrew Fischer.

Mr Fischer is survived by his wife Judy Brewer and his sons Harrison and Dominic.