The Sydney broadcaster Alan Jones has been warned he will be sacked if he again makes similar comments to those he made about Prime Minister Jacinda Ardern. 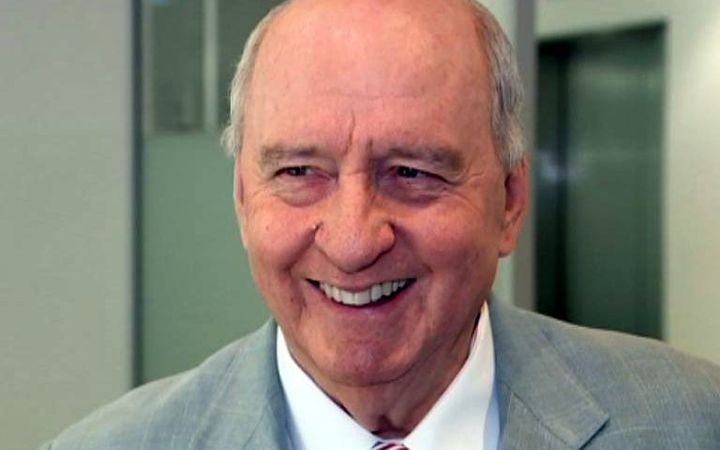 On Thursday, Jones said Australia's Prime Minister Scott Morrison should "shove a sock down [Ms Ardern's] throat" after Ms Ardern said Australia "had to answer to the Pacific" on climate change while in Tuvalu for the Pacific Islands Forum.

He also described Ms Ardern as a "joke" for commenting on climate change, having claimed that New Zealand's carbon dioxide levels had increased per capita more than Australia's since 1990.

He released a statement later the same day saying he had meant to say "put a sock in it", and repeated the statement to his 2GB audience on Friday morning.

"This was wilful misinterpretation of what I said to obviously distract from the point that she was wrong about climate change and wrong about Australia's contribution to carbon dioxide level," Jones said.

Russell Tate, the chairman of Macquarie Media Limited, which owns 2GB, said in a statement yesterday: "Notwithstanding [Jones's] apologies, I have today discussed the matter with Alan and advised him that any recurrence of commentary of this nature will result in the termination of his contract."

The statement followed reports that the comments had resulted in the loss of at least one major advertiser for 2GB, with ME Bank announcing its decision to pull advertising on Friday.

"We take this very seriously and these types of comments don't reflect our values," the statement said.

"We've expressed our concerns to 2GB and have pulled advertising."

Ms Ardern said of the comments earlier this week: "I don't know that I'm going to give that the light of day. I think I'll just leave it where it is."

Meanwhile, Mr Morrison described the comments as "disappointing" and "way out of line".

"I mean, I have two daughters. So you can expect that's how I would feel personally about it," the prime minister said.