An explosion on a sea platform near a closed town off of Russia's north-west coast on 8 August killed five nuclear scientists, which sparked fears of a spike in nuclear radiation levels. 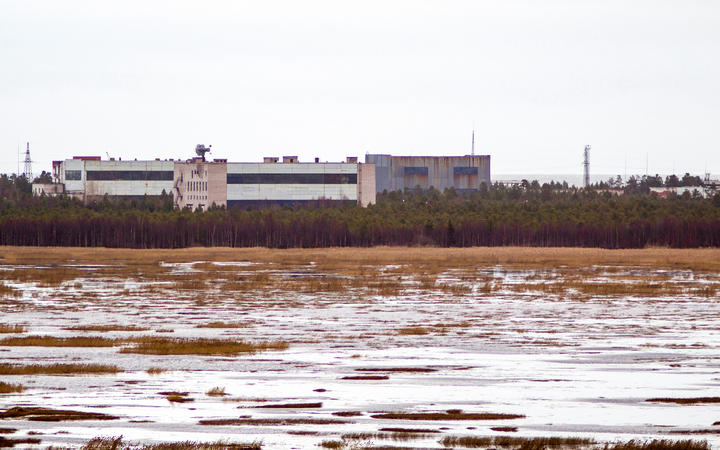 Buildings at a military base in the small town of Nyonoska in Russia. Photo: AFP

Rosatom said a rocket test caused the explosion, which they attributed to fuel catching fire after the test.

Almost a week after the accident, Russian authorities told residents of the nearby village of Nyonoska to evacuate the area during a clean-up, but Russian news agency TASS reported that the decree was later rescinded.

In the town of Severodvinsk - about an hour's drive from Nyonoska - Russia's state weather service said radiation levels spiked by up to 16 times the usual levels.

Conflicting and limited information released by Russian officials has sparked concerns among residents and the international community.

Medics who treated victims of the accident were sent to Moscow for a medical examination, and had signed non-disclosure agreements about the nature of the accident, according to TASS.

Other residents surrounding the accident zone have since stocked up on iodine, used to reduce the effects of radiation exposure.

The handling of the accident has drawn comparisons to the misinformation spread by the Soviet Union during the Chernobyl nuclear incident of 1986. 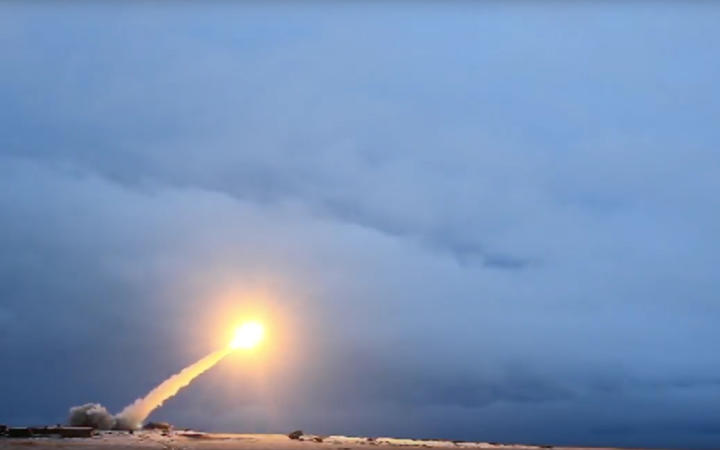 Testing the Burevestnik nuclear cruise missile. A screenshot from a video provided by the Russian Defence Ministry. Photo: AFP

Officials did not initially reveal the radiation levels to residents and workers, who were told the radiation could have health benefits.

Chernobyl is regarded as the worst nuclear accident in history, releasing an atomic cloud over Europe, forcing hundreds of thousands to flee the area, and creating lasting effects.

However, Kaitlin Cook, nuclear physicist from the Tokyo Institute of Technology, told the ABC comparisons to Chernobyl are "unwise".

"At the highest reported level, the extra radiation dose in Severodvinsk was still less than you'd receive in a routine dental x-ray," Dr Cook said.

Liquid fuel missile engines 'do not give off radiation'

Over the past week, eminent nuclear arms experts have contradicted Rosatom's explanations for the accident.

Two experts said in separate interviews with Reuters that a liquid rocket propellant explosion would not release radiation, which has sparked suspicion that the test was a secret weapons trial involving a nuclear element.

"Liquid fuel missile engines exploding do not give off radiation, and we know that the Russians are working on some kind of nuclear propulsion for a cruise missile," said Ankit Panda, an adjunct senior fellow with the Federation of American Scientists.

Jeffrey Lewis, director of the East Asia Non-Proliferation Program at the Middlebury Institute of International Studies, said he believed a mishap occurred during the testing of a nuclear-powered cruise missile, based on commercial satellite pictures and other data.

Mr Lewis and his team also examined Automatic Identification System (AIS) signals from ships located near the blast site on the same day as the explosion.

They identified one ship as the Serebryanka, a nuclear fuel carrier they had tracked last year near the Novaya Zemlya archipelago, in Russia's north-west.

"You need it when you recover a nuclear propulsion unit from the sea floor."

Experts have said the accident was due to a botched test of a Russian missile officially known as the 9M730 Buresvestnik.

Among NATO allies, it is known as the SSC-X-9 Skyfall.

If this is starting to sound like a British spy drama, that's because the James Bond film Skyfall came out in 2012.

The SSC-X-9 Skyfall is an experimental nuclear-armed cruise missile, which could be capable of penetrating any missile defence system. However, many experts believe it doesn't work.

In 2018, Russian President Vladimir Putin revealed it was among an array of new Russian strategic weapons, touting the missile as having "unlimited range" and being "invincible against all existing and prospective missile defence and counter-air defence systems".

Mr Putin also described a raft of others, including an underwater nuclear-powered drone, and a laser weapon.

Days after the initial radiation scare, Moscow has yet to be forthcoming about the situation on the ground.

On Tuesday, the Kremlin also boasted it was winning the race to develop new cutting-edge nuclear weapons.

"Our President has repeatedly said that Russian engineering in this sector significantly outstrips the level that other countries have managed to reach for the moment, and it is fairly unique," Kremlin spokesman Dmitry Peskov said.

Tensions between Moscow and Washington over arms control have been exacerbated by the demise this month of a landmark Cold War-era nuclear treaty.

Russia said it was also concerned that another landmark arms control treaty would soon expire.

A senior Trump administration official, speaking on condition of anonymity on Tuesday, said Washington was not prepared to say whether it was a nuclear explosion, but it believed it did involve radioactive elements.

The official said the explosion could represent a potentially significant setback to the Russian program, although it remained unclear whether it was caused by a launching failure.