At least 95 people have been killed by monsoon flooding in southern and western India, while hundreds of thousands have been evacuated from their homes, according to reports. 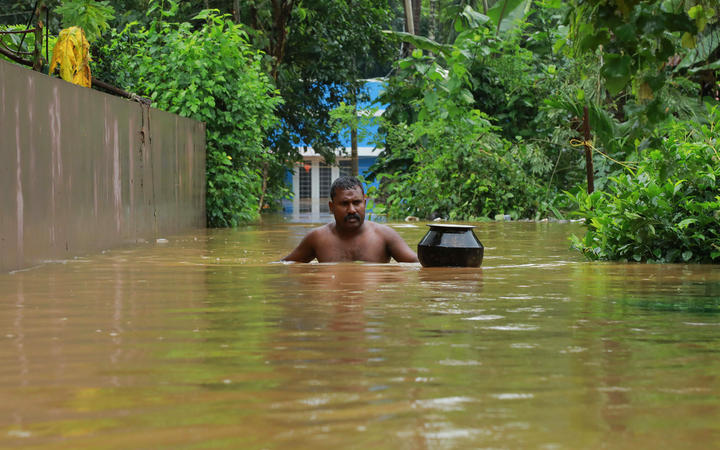 A man walks in flood waters at Eloor area in Ernakulam district, in the south Indian state of Kerala. Photo: AFP

More than 40 of those killed were in the south-western state of Kerala.

The flooding and landslides caused by the heavy seasonal rainfall have left some areas cut off.

Officials have called on those affected to try to seek shelter on higher ground.

India is affected by monsoon rains between June and September. While crucial to replenishing water supplies, the heavy rainfall also results in death and destruction each year.

Disaster management officials said more than 100,000 people in Kerala had been evacuated into emergency relief camps, while more than 40 had been killed.

"There are around 80 places where flood and rains have triggered mudslides, which we cannot reach," state police spokesman Pramod Kumar told AFP news agency. 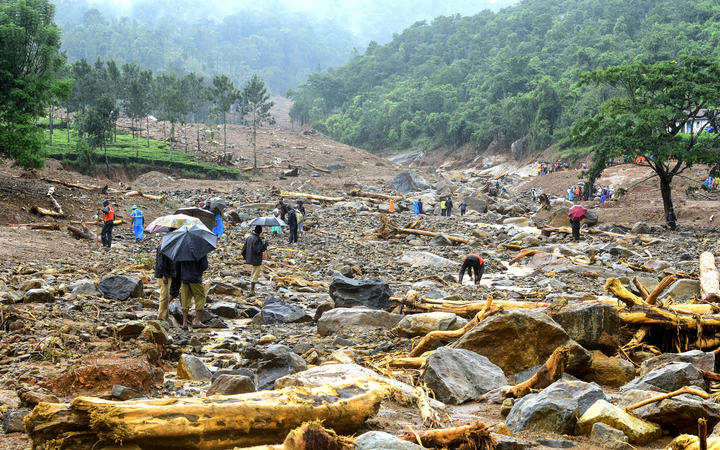 Volunteers, local residents and members of National Disaster Response Force (NDRF) search for survivors in the debris left by a landslide at Puthumala at Meppadi in the Wayanad district of the Indian state of Kerala. Photo: AFP

With the rains predicted to continue there in the coming days, the military is attempting to airlift food to stranded villages.

Last year, more than 200 people were killed in Kerala in what was described as the state's worst flooding in 100 years.

The south-western state of Karnataka and western state of Maharashtra - which is home to India's financial capital Mumbai - are also experiencing heavy rains, with dozens of fatalities reported and hundreds of thousands of people evacuated.

India's National Disaster Management Authority issued warnings on Saturday for "heavy" to "extremely heavy" rainfall in several parts of the country, as well as strong winds.