At least 60 people have been killed and 70 injured in a fuel tanker explosion in Tanzania, police say. 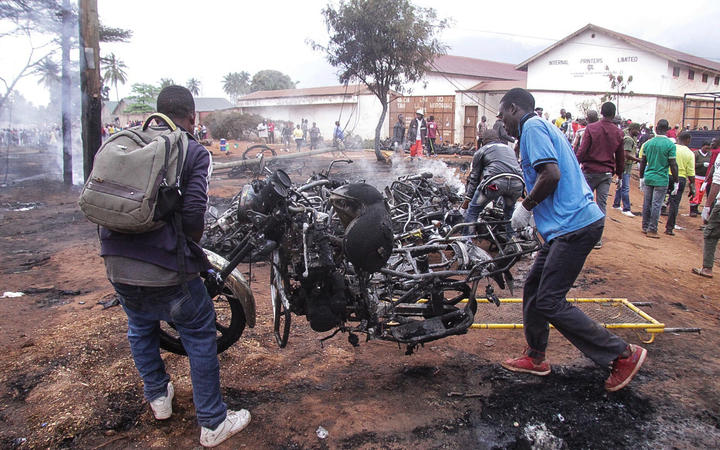 Two men carry the remains of a burnt out motorbike after a fuel tanker exploded on August 10, 2019, in Morogoro. Photo: AFP

Police said people were trying to recover fuel from the vehicle, which had overturned on a major road some time earlier, when the blast happened.

The incident occurred in Morogoro region, about 200km west of the port city of Dar es Salaam.

The city of Morogoro is on a major route for transporting cargo and fuel from the port, which is the country's commercial capital.

There are fears the death toll could rise. Police said many of the injured had suffered serious burns.

"The situation is really bad. Many people died here, even those who were not stealing fuel because this is a busy place," said eyewitness Daniel Ngogo, quoted by Reuters news agency.

Correspondents say disasters like this have happened all too frequently in parts of Africa where some people are willing to take huge risks to remove fuel from tankers and pipelines.

Nearly 80 people died in May in a similar incident near the airport of Niger's capital Niamey.

Occasionally such disasters have led to a much higher death toll. In 2010, 292 people were killed in the Democratic Republic of Congo, and five years later 203 died in South Sudan.