North Korea has fired two missiles into the sea, its fifth such launch in recent weeks. 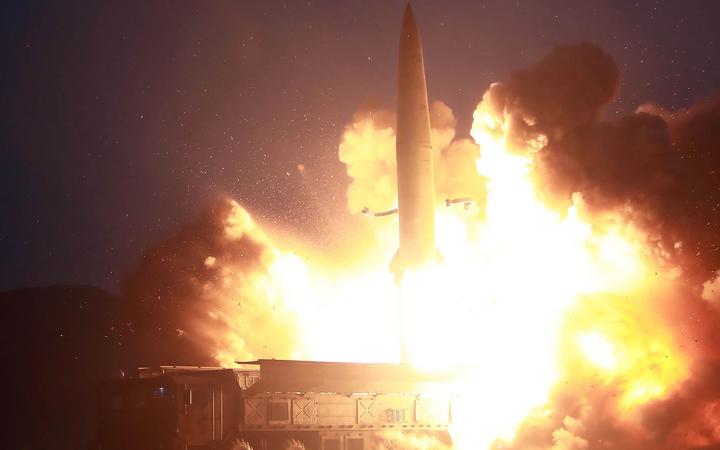 The missiles are thought to be short-range ballistic missiles, South Korea's military says. If confirmed, such a test would be a breach of 11 UN security Council resolutions.

What do we know about the latest test?

The missiles were fired from near the eastern city of Hamhung in South Hamgyong Province and landed in the Sea of Japan to the east of the Korean peninsula.

They flew a distance of around 400km, at an altitude of about 48km with a maximum speed of more than Mach 6.1, a South Korean military statement said.

North Korea has fired a series of missiles and rockets since Mr Trump and Mr Kim agreed during a meeting in June to restart denuclearisation negotiations.

Shortly before the latest launches, the US president spoke of a letter he had received from the North Korean leader.

"It was a very positive letter," Mr Trump told reporters at the White House. "I think we'll have another meeting. He really wrote a beautiful, three-page - I mean great from top to bottom - a really beautiful letter."

While the main drills will start on 11 August, low-key preparation has begun.

The exercises are mainly computer-simulated and are more low key than previous drills between the US and South Korea, which the North has deemed as provocations.

Over recent weeks, the North has test-fired what South Korean officials said appeared to have been a new type of short-range missile, with the previous one coming on Tuesday.

The missiles fired on 25 July - one of which travelled about 690km - were the first since Mr Trump and Mr Kim held an impromptu meeting in June at the demilitarised zone (DMZ), an area that divides the two Koreas.