Two unusually close typhoons are barrelling across the Western Pacific Ocean towards multiple parts of Asia. 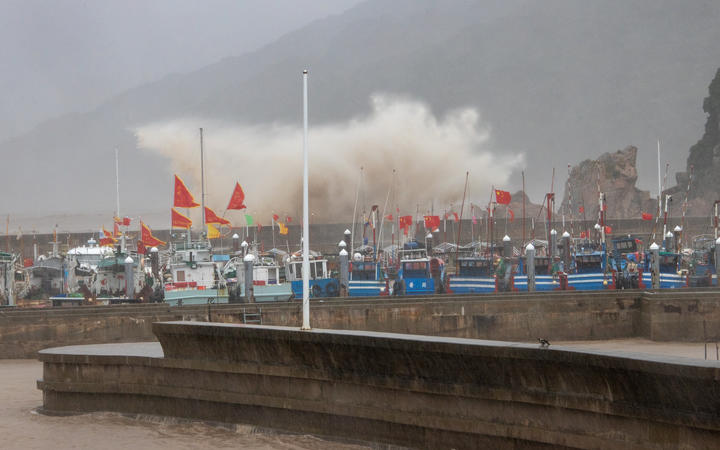 Lekima has churned up rough seas from the north of the Philippines to Japan's southern Ryukyu Islands and is expected to hit China's Zhejiang province, on the eastern coast, tomorrow.

Heavy, tropical rainfall would likely cause flooding across eastern China and mudslides were a possibility in the higher terrain with enough rainfall.

China's National Meteorological Centre has issued its most severe "red alert" and said the typhoon was the strongest in China since 2014.

Swirling in Lekima's wake is Typhoon Krosa, which has intensified into a category two storm headed north towards the larger northern islands of Japan and cities such as Kyoto.

Krosa is predicted to make landfall early next week, although its exact path is still uncertain.