A sex-trafficking victim, who was sentenced as a teenager to life in prison for murder, has been released from a Tennessee prison after serving 15 years for killing a man who paid to have sex with her. 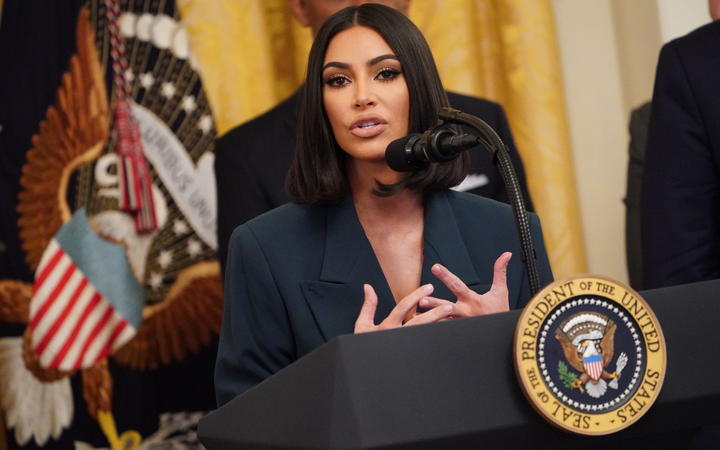 Celebrities such as Kim Kardashian have argued Cyntoia Brown was a victim whose sentence for murdering a man who paid her for sex was too harsh. Photo: AFP

Cyntoia Brown, 31, whose murder conviction at 16 years of age galvanized A-list celebrities to campaign for criminal justice reform, was freed from prison after Tennessee Governor Bill Haslam granted her clemency earlier this year.

Celebrities like Kim Kardashian and singer Rihanna had taken up Brown's cause and said she was a victim who did not deserve such a lengthy sentence.

As a condition of her release, Brown will undergo counselling and must maintain a job. She will be under parole supervision for ten years, according to a statement by the Tennessee Department of Correction.

Prior to the clemency, she would not have been eligible for parole until 2055 at the age of 67.

At the time of the murder, Brown, who was 16 and had run away from home, was living in a motel with a trafficker who peddled her for sex.

Under US federal law, involving anyone under the age of 18 in commercial sex is considered sex trafficking.

Police say Brown shot and killed 43-year-old Nashville real estate agent Johnny Allen, who had paid the pimp to have sex with her. She was tried as an adult and convicted of first-degree murder.

"Survivors of human trafficking like Brown should be treated as victims in need of services. Instead, many trafficking survivors across this country are regularly arrested rather than helped. They all deserve true justice and mercy," said Andrea Powell, executive director of Karana Rising, a nonprofit dedicated to helping victims of sex trafficking.