India's government has said it plans to revoke the part of the constitution that gives Indian-administered Kashmir special privileges. 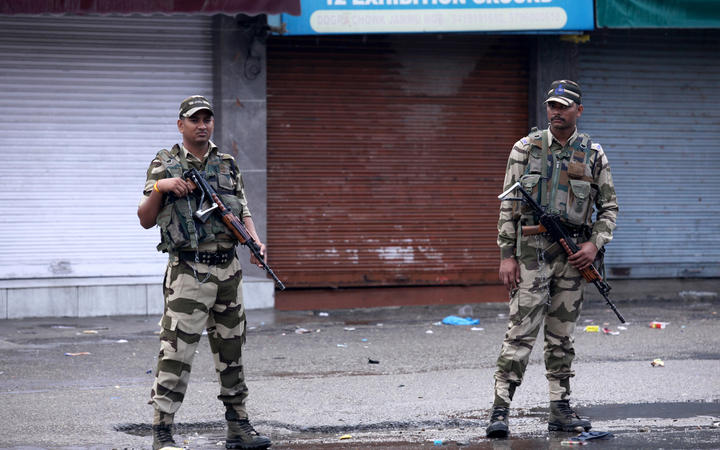 Article 370, which gives Jammu and Kashmir more autonomy than any other Indian state, is sensitive because it is the basis on which the princely state of Kashmir joined India.

Home Minister Amit Shah made the announcement in parliament amid massive protests from the opposition.

The move is expected to spark unrest.

Article 370 allows the state its own constitution, a separate flag and independence over all matters except foreign affairs, defence and communications.

The former chief minister of the state, Mehbooba Mufti has tweeted, saying the move effectively made India an occupying force in the state.

Both India and Pakistan claim all of Muslim-majority Kashmir but only control parts of it. The two regional powers have fought two wars and a limited conflict over the Himalayan territory.

There has been an insurgency against the authorities in Indian-administered Kashmir for three decades.

Today marks the darkest day in Indian democracy. Decision of J&K leadership to reject 2 nation theory in 1947 & align with India has backfired. Unilateral decision of GOI to scrap Article 370 is illegal & unconstitutional which will make India an occupational force in J&K.

It will have catastrophic consequences for the subcontinent. GOIs intentions are clear. They want the territory of J&K by terrorising it’s people. India has failed Kashmir in keeping its promises.