A teenager who killed three people at a California food festival died from a self-inflicted gunshot wound, US authorities have confirmed. 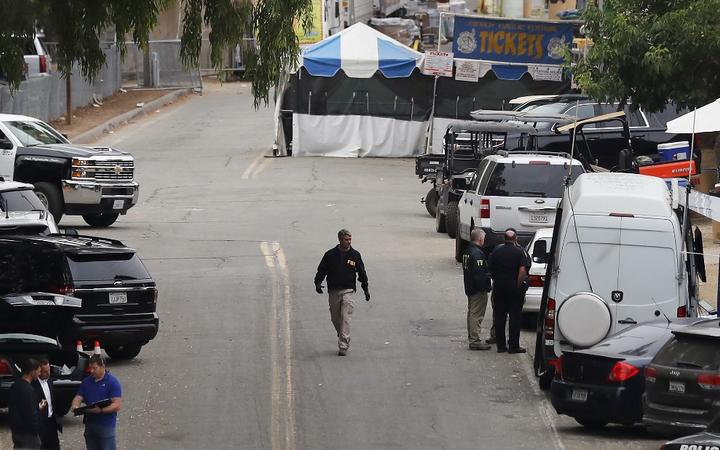 An FBI agent (C) walks near a ticketing booth for the Gilroy Garlic Festival two days after a mass shooting there. Photo: AFP

Authorities initially said he had been killed by police, but a coroner's report has ruled that he shot himself in the mouth after being injured.

Investigators say they have yet to determine a motive for the attack.

But Mr Bennett did not say if the attack was motivated by extremist views.

"It doesn't seem clear that he was targeting any particular group," said Mr Bennett. "It seems very random at this point."

Despite earlier reports of an accomplice, authorities say it is now believed he acted alone.

According to Gilroy Police Chief Scot Smithee, three police officers ran towards Legan after he began opening fire with an "AK-47-type" assault rifle he had purchased legally in neighbouring Nevada.

He was then shot "multiple times" by the officers, falling to his knees, and finally to the ground where "he was able to get a round off".

But the police chief pushed back at suggestions that the coroner's report contradicted an earlier version of events.

The incident is the 246th mass shooting in the US this year, according to US tracking website Gun Violence Archive.