An earthquake of magnitude 6.8 has struck off Chile's coast, the US Geological Survey said. 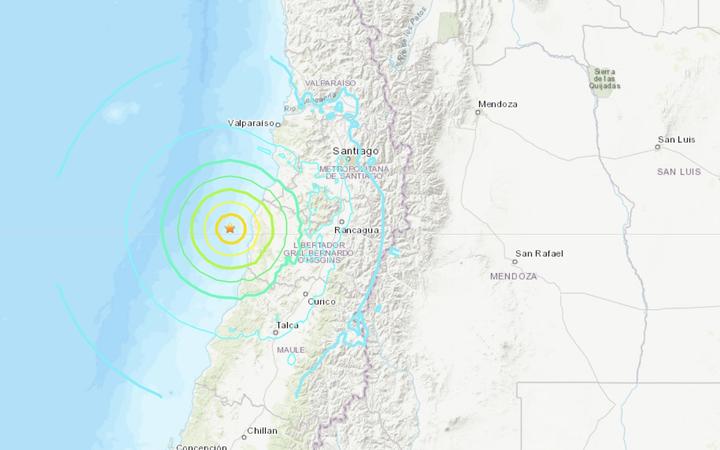 The quake on Thursday local time, initially reported as a magnitude 6.5, was centred 140 km southwest of the coastal city of Valparaiso in central Chile, the US Geological Survey said.

Civil Defence in New Zealand said no tsunami alert has been issued.

No injuries, damage or service disruptions were reported in Chile, the country's national emergency office said.

Chile has a long history of deadly quakes including one of 8.8-magnitude in 2010 that triggered a tsunami, devastating several coastal towns.