An eight-year-old boy died and his mother was injured when a man pushed them in front of a high speed train at Frankfurt railway station in Germany. 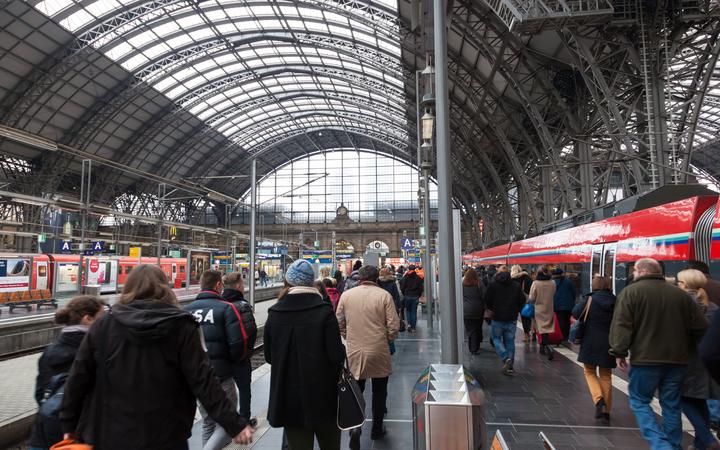 An Eritrean man has been arrested over the attack, which happened on Monday morning (local time).

Witnesses said the man deliberately pushed the boy and his mother on to the tracks before trying to run away. He was chased and stopped by passers-by.

The 40-year-old suspect attempted to push a third person but failed.

"The boy and his mother were pushed in front of an arriving train. The mother was able to save herself," a police spokeswoman said.

Police confirmed they had launched a murder inquiry. Investigators said they did not believe the suspect knew the victims and they were not yet aware of any motive.

The mother was taken to hospital for treatment but the extent of her injuries was not immediately clear.

Interior Minister Horst Seehofer cut short his summer holiday upon hearing of the attack and said he would meet leading security officials.

"The background to this heinous crime is still unclear," Mr Seehofer said.

The attack came 10 days after a 34-year-old woman was fatally pushed in front of a train by a man in the German town of Voerde.

In June, Paul Crossley was sentenced to life in jail for pushing 91-year-old former Eurotunnel boss Sir Robert Malpas onto the tracks at Marble Arch station on the London Underground last year, after earlier trying to push another commuter, Tobias French, at Tottenham Court Road.