Russi Taylor, the voice of Disney's Minnie Mouse for more than 30 years, has died aged 75. 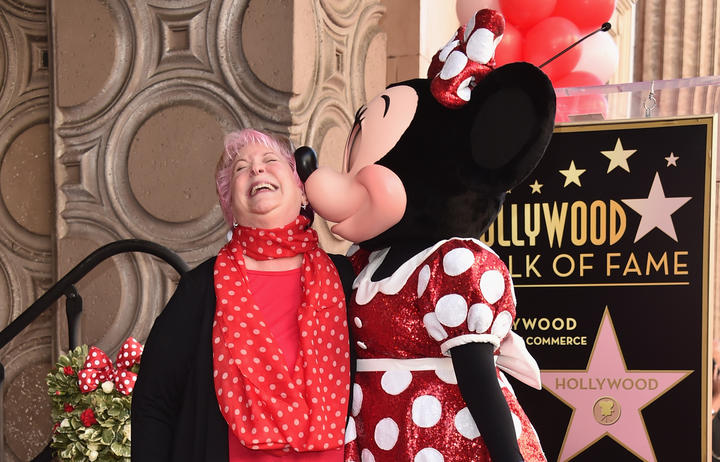 The actress died in Glendale, California on Friday, the Walt Disney Company has said.

She also played characters in The Simpsons, including Bart's dorky classmate Martin.

Mirroring the character she played, Taylor married Wayne Allwine, the voice of Mickey until his death in 2009.

"For more than 30 years, Minnie and Russi worked together to entertain millions around the world - a partnership that made Minnie a global icon and Russi a Disney Legend beloved by fans everywhere," said Mr Iger.

"We take comfort in the knowledge that her work will continue to entertain and inspire for generations to come."

When visiting Disneyland as a girl, Taylor said she met Walt Disney - the first voice of Minnie and Mickey.

"At one point during our chat, he asked me what I wanted to do when I grow up, and I said, 'I want to work for you!' So he said, 'Okay!' And now I do!," Taylor is quoted as saying by Disney.

Taylor married Allwine in 1991, and they remained "as inseparable as their animated counterparts until Wayne's death", Disney said.

Named a Disney Legend in 2008, Taylor said she hoped whoever succeeded her and her husband "love the characters as much as we do".

Before Taylor, other voice actors who played Minnie included Marcellite Garner (in the 1930s), Thelma Boardman (in the 1940s) and Ruth Clifford (in the 1940s and 50s).

As well as Disney characters, Taylor also lent her voice to roles on other classic TV animated series like TaleSpin, The Little Mermaid, Buzz Lightyear of Star Command and Kim Possible.

"I never wanted to be famous," she said. "The characters I do are famous, and that's fine for me."