Who will call Downing St home?

Just who will be Britain's next Prime Minister and Conservative Party leader is set to be revealed. 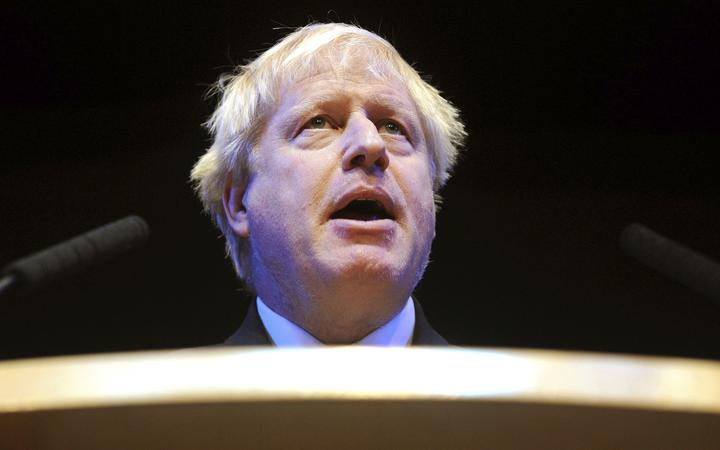 The outcome of the ballot of about 160,000 Tory members will be revealed around 11pm Tuesday NZT.

Boris Johnson is seen as the clear favourite, ahead of the Foreign Secretary Jeremy Hunt.

Mr Johnson has said he is determined to take the UK out of the EU on 31 October with or without a deal.

That has prompted a number of senior MPs and Ministers to say they will resign if he's elected.

The South Korean military has fired two warning shots at a Russian military aircraft that entered its airspace.

The Ministry of National Defence in Seoul said it was the first time a Russian military plane had made such a violation.

It said the incursion happened over Dokdo Island in the east of the country.

It was one of three Russian and two Chinese military planes in the area at the time and one Chinese aircraft had also entered South Korea's airspace.

US to fast-track deportations

The US government is introducing a new fast-track deportation process that will bypass immigration courts.

Under the new rules, migrants who can't prove they have been in the US continuously for more than two years can be immediately deported.

Rights groups say tens of thousands of people could be affected.

The American Civil Liberties Union says it will challenge the policy in court. 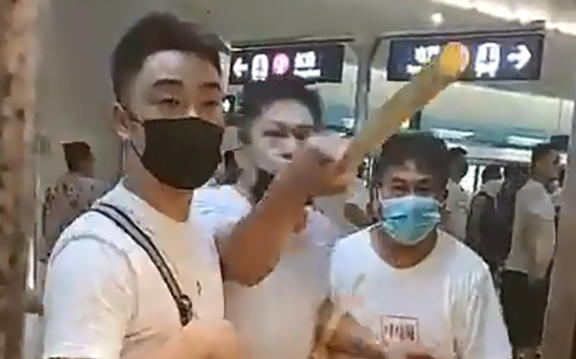 Hong Kong police have faced criticism for an apparent failure to protect anti-government protesters and passers-by from an attack at a train station at the weekend.

The attack was carried out by men in white T-shirts armed with clubs and pipes.

Some politicians and activists have linked Hong Kong's shadowy network of triad criminal gangs to political intimidation and violence in recent years, sometimes against pro-democracy activists and critics of Beijing.

Much of Venezuela in blackout

A major power cut has caused widespread disruption across Venezuela.

The metro system has been suspended in the capital, Caracas, while homes and businesses have been left without in electricity in half of the country's 23 states

It's the biggest power cut in Venezuela since a blackout in March, which lasted for almost a week and led to shortages and riots.

The government said it had been caused by an electromagnetic attack on a main hydroelectric dam.

Police in the Puerto Rican capital have fired tear gas to disperse thousands of protesters demanding the resignation of the island's governor over offensive online messages. 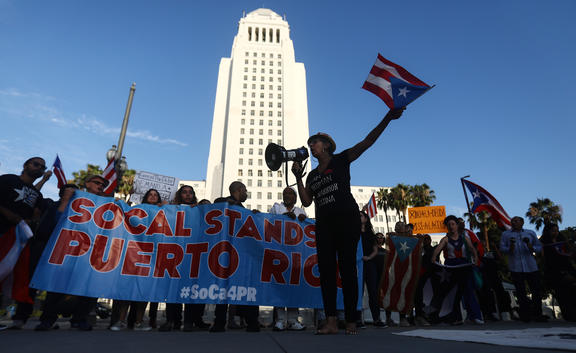 Officers in San Juan moved in to break up protesters still on the streets of the old city following day- long demonstrations.

The protests have been triggered by the publication of leaked messages in which the governor, Ricardo Rossello, makes offensive remarks about other politicians, women and gay people.

He also jokes about the victims of hurricane Maria, which killed nearly three thousand people in the US territory two years ago.

Lift off for Indian moon mission

Hard on the heels of the 50th anniversary of the Apollo moon landings, India has successfully launched a rocket into space in an attempt to safely land a rover on the moon.

If successful, the US$146 million mission will allow Indian scientists to carry out studies on the presence of water at the moon's south pole, unexplored by any other nation before.

India hopes to become the fourth nation to soft-land on moon.