Police are looking for two men after suspected CS gas was released during a fight on a London Underground train. 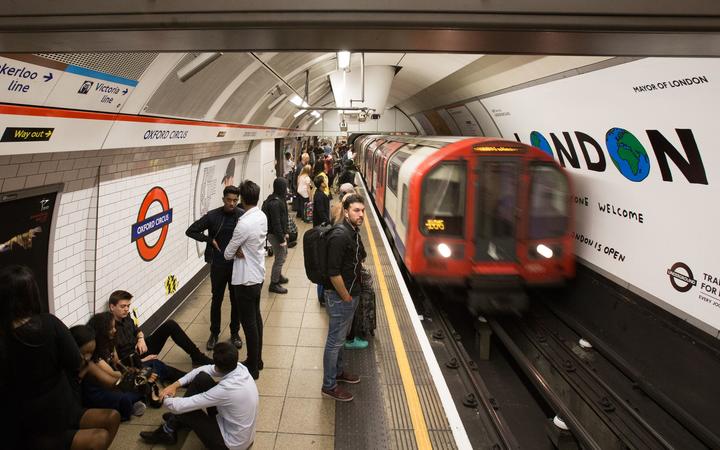 This file photo shows people waiting for a train at Oxford Circus. Passengers on a train reported shortness of breath after an incident involving CS gas, also known as tear gas. Photo: AFP

It happened around 9.15am yesterday (UK time) on board a Victoria line Tube train at Oxford Circus in central London.

British Transport Police (BTP) said a number of people were treated at the scene by paramedics for coughing and shortness of breath.

The force has appealed for witnesses and released CCTV images of the two men they would like to speak to.

BTP added that other than the symptoms shown by the passengers, there were "no further concerns for their health".

Further info has shown the gas, believed to be CS spray, was used during a fight on the train. Efforts are ongoing to locate those involved.

Passengers on-board suffered coughing etc. They were treated and there are no further health concerns.

Passenger Michael Roberts was with his girlfriend on their way to Oxford when he said he saw two people "looking into the next carriage had seen some sort of a commotion".

"Then two guys stumbled into our carriage and all the people on our carriage moved naturally away from the door.

"That's when everybody realised we couldn't breathe properly."

The 26-year-old said at first he thought the men were drunk "because they were trying to frantically get into the carriage" while the train was moving northbound between Green Park and Oxford Circus.

Mr Roberts said he had his T-shirt over his mouth because he could not breathe and his girlfriend was "spluttering".

He said the effects of the gas lasted about an hour and described the ordeal as "pretty frightening", adding the train was about half full at the time. 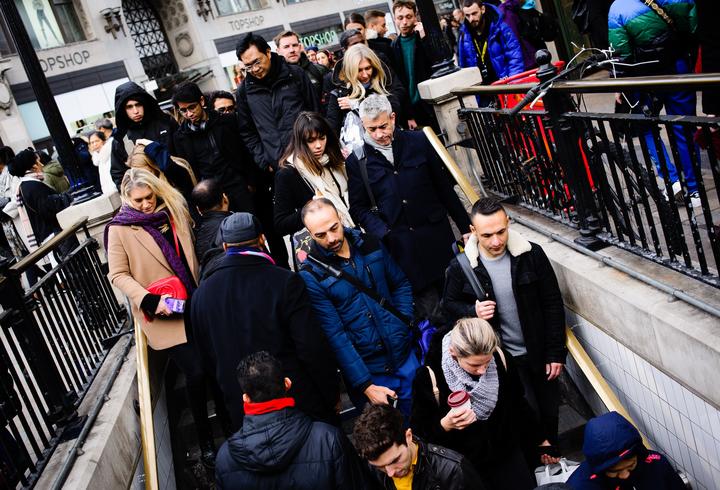 Oxford Circus is one of the busiest train stations in London. Photo: AFP

Oxford Circus Tube station is situated at the junction of Oxford Street and Regent Street and serves the Central, Victoria and Bakerloo lines.

A Transport for London spokeswoman said the train had been taken out of service and to a depot for quarantine.

CS gas, also known as tear gas, can cause a burning sensation around the eyes and difficulty in breathing.