Nine people suffered serious injuries on a Sydney-bound flight from Vancouver after the plane encountered turbulence at 36,000 feet. 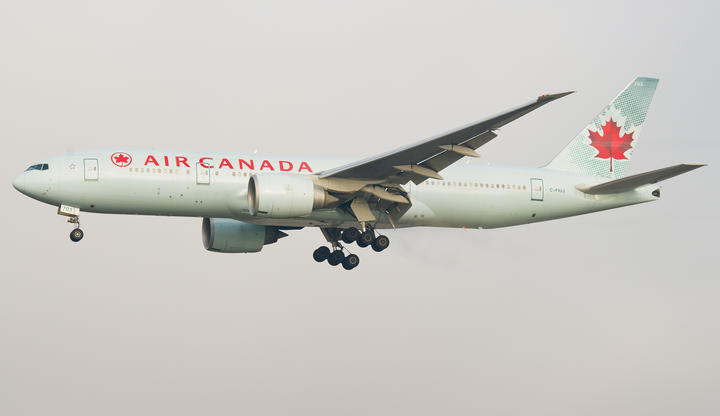 The Boeing 777-200, which had 269 passengers and 15 crew on board, was diverted to the Hawaiian capital of Honolulu.

Flight tracking data showed the plane was about five-and-a-half hours into its journey before it suddenly decelerated about 500km out from the coast of Hawaii.

An hour later the aircraft turned around over the Pacific Ocean and covered about 2000km to return to the nearest airport.

Social media footage taken by Newcastle woman Jess Smith onboard the aborted flight showed oxygen masks dangling from the ceiling as disorientated passengers stumbled out of their seats.

She wrote "everyone hit the ceiling of the plane" after the plane experienced "huge turbulence".

"I was asleep and I started to wake up from the plane rocking," Ms Smith told the ABC.

"As I sort of woke up the plane dropped out of nowhere and I was plunged from the seat, hitting the roof.

"A girl in front was bleeding."

Ms Smith's partner, Tay Maggs, who was returning home from holidays with her said she received a bloody nose after being launched from her seat.

"My nose is sore and bruised ... now I know why you should always wear the seatbelt".

Emergency responders met the plane at the gate.

Newcastle band Hurricane Fall were also on the flight and posted on Facebook after the emergency landing their vocalist Pepper Deroy sustained nerve damage to his forearm and elbow.

He was treated on the tarmac and transported to hospital.

"It started getting a little bit rocky so I thought I better buckle up and then about five seconds later, you just watched everyone head in the plane who wasn't wearing a seatbelt - just hit the roof like a jack-in-the box," said band member Tim Trickey.

In a statement to the ABC, Air Canada said the plane "encountered unforecast and sudden turbulence approximately two hours past Hawaii".

"We are currently making arrangements for the passengers including hotel accommodations and meals in Honolulu, as well as options for resumption of the flight," the statement said.

"[Of those] 21 were deemed to be minor, nine were serious, and seven of the passengers refused to be transported," Hawaii Emergency Medical Services chief Dean O'Connell said.

Ms Smith said she was unsure how long it would be until they could board another flight home.

"On the bright side, I've never been to Hawaii," she said.