Four tigers have mauled to death their tamer in southern Italy, fuelling calls for a ban on the use of animals in circuses as parliament debates the issue. 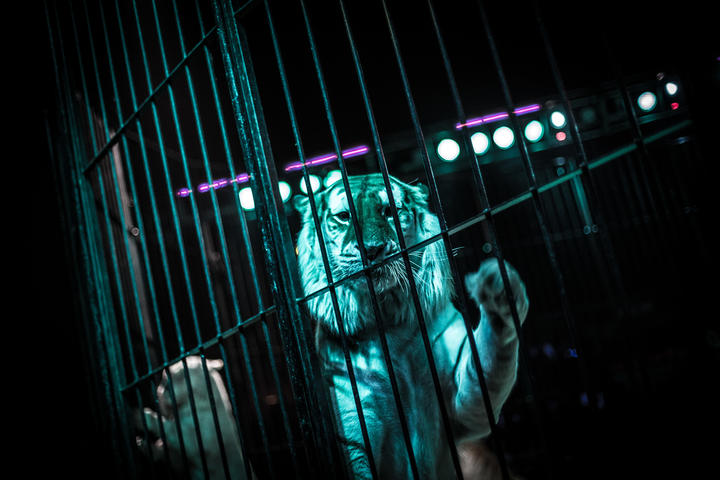 A caged tiger at the Orfei Circus in Italy, pictured in 2015. Photo: AFP

One tiger set upon Ettore Weber, 61, on Thursday during a training session in Triggiano, a small town in the Puglia region, before the other three joined in.

They then played with his body in their cage until paramedics and circus staff intervened, local media report. He later died from his injuries.

Mr Weber, who worked with the Orfei Circus, is said to be one of Italy's best known circus trainers.

He had been training the tigers at about 19:00 local time for a show called Animal Park, which was based on travelling around the world and seeing different animals.

All the circus's eight tigers were impounded by the police, triggering protests from animal welfare associations.

The Orfei Circus had arrived in Triggiano on 15 June and was expected to stay until 14 July. However, it is not known if the run will be cut short because of this incident.

The Anti-Vivisection League (LAV) called for the tigers involved in the attack not to be killed, and urged the government to speed up legislation to ban circus animals.

"Tigers must be saved... and placed in an environment suitable for their natural needs," LAV said in a statement.

Local media report the tigers have now been taken out of the circus and moved to a safari park.

Parliament is discussing a new bill to ban wild beasts from circuses, after a failed attempt in 2017.

The government has promised to act swiftly if the bill is passed, to the alarm of the national circus association which has announced protest action.

According to a study published in 2017 by the Italian Censis Foundation think-tank, Italy is one of the few European states not to limit the use of animals in circuses.