Hundreds of thousands of protesters have taken to the streets of Prague demanding the resignation of Prime Minister Andrej Babis. 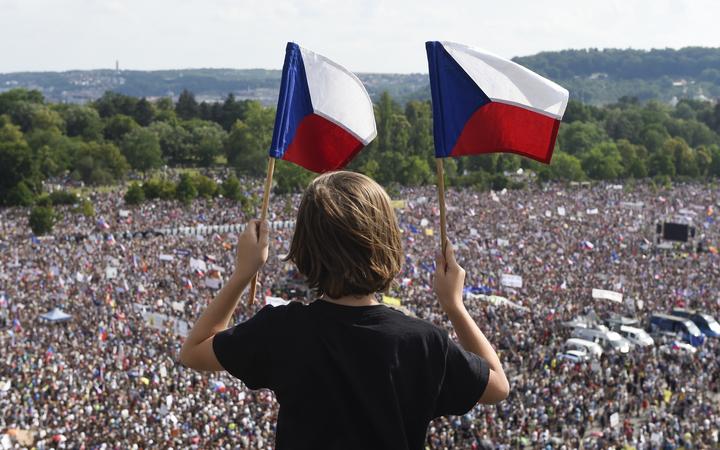 A boy holds Czech national flags during a rally in Prague, organised by the Million Moments for Democracy group. Photo: AFP

Mr Babis is facing a criminal investigation over alleged fraud, and is also the subject of an EU conflict-of-interest investigation. He denies the allegations.

It is said to be the largest protest since the fall of communism in 1989.

Organisers say about 250,000 people attended the rally though the figure could not be verified.

The protest was organised by the Million Moments for Democracy group, which has grown from a small student initiative into a mass movement.

It has organised a number of protests this year, with the most recent major rally on 5 June when 120,000 people marched in the capital.

At the rally, Mikulas Minar, the head of the protest group, told AFP news agency: "Judging from the aerial photos, it looks like we're about 250,000. We'll see how many more will arrive." 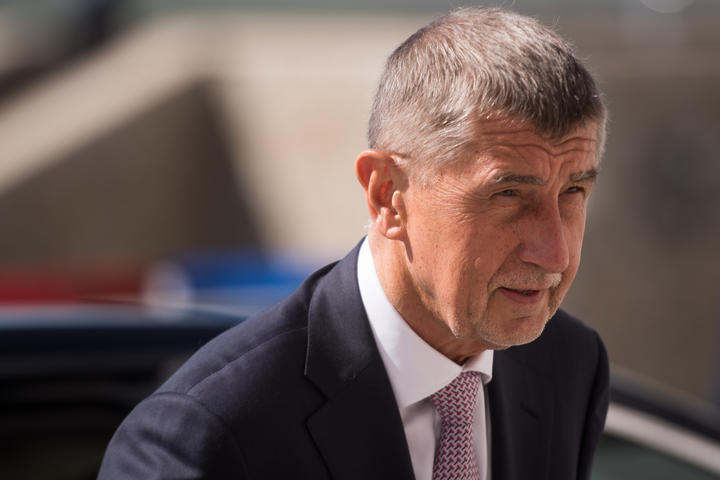 The prime minister is facing a criminal investigation in the Czech Republic for alleged abuse of €2m in EU subsidies over 10 years ago.

Police say they are investigating accusations that Mr Babis hid his ownership of a farm and conference centre known as "Stork Nest" (Capi hnizdo in Czech) so that it could qualify for an EU subsidy designed to help small businesses.

The billionaire is also the subject of an EU conflict-of-interest investigation over his Agrofert conglomerate, which he transferred to two trust funds shortly before he came to power in 2017.

However a European Commission draft report leaked earlier this month found that Mr Babis was still profiting from the group. The report determined that he should return about 451m Czech koruna ($NZ30 million) in subsidies.

Mr Babis has dismissed all the allegations as baseless and politically motivated.

A day after police advised that the state prosecutor file charges against him, the minister of justice was changed.

Demonstrators argue that the new Minister of Justice, Marie Benesova, is too close to Mr Babis.

The 71-year-old previously voted against a request from the police to strip Mr Babis of parliamentary immunity.

Mr Babis branded the EU report as "an attack on the Czech Republic" and has refused to return any subsidies.

"The Czech Republic will certainly not have to return any subsidies," he said. "There is no reason for that because I do not violate Czech nor European legal rules regarding conflict of interest."

Mr Babis has also refused to step down.