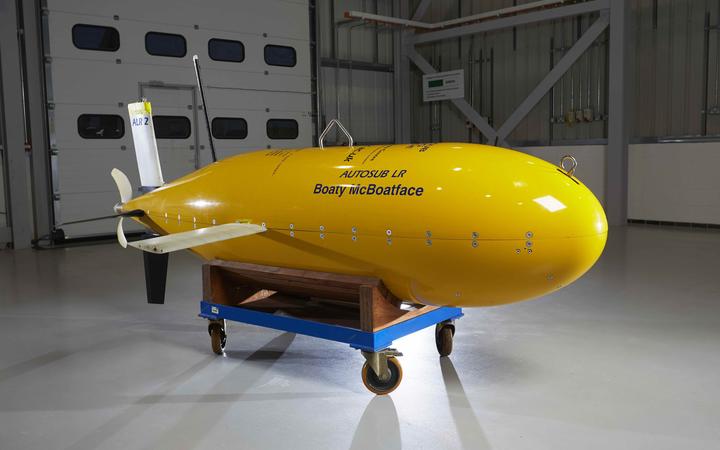 The autonomous underwater vehicle (AUV) has built a 3D map of deep ocean waters as they move away from Antarctica.

Researchers previously had limited data to show these currents were warming.

Boaty's investigations can now confirm that turbulence is causing warm water at mid-depths to mix down and raise the temperature of the colder, denser water running along the ocean floor.

Scientists say they can link this behaviour to changing wind patterns.

These have been blowing more strongly over the Southern Ocean in recent decades due to the hole in the ozone layer above Antarctica and the increase in greenhouse gases.

The turbulence comes in part from these changing winds acting on the surface of the ocean, but also from the interaction of the currents as they run across rugged topography of the seafloor.

Boaty's insights are important because they can now be used to fine-tune the models that describe the climate system and how it may change in the future.

Southampton's University's Prof Alberto Naveira Garabato, who led the project, said: "Our study is an important step in understanding how the climate change happening in remote and inhospitable Antarctic waters will impact the warming of the oceans and future sea-level rise."

Dr Eleanor Frajka-Williams, a colleague at the National Oceanography Centre (NOC), added: "The data from Boaty McBoatface gave us a completely new way of looking at the deep ocean - the path taken by Boaty created a spatial view of the turbulence near the seafloor."

The yellow submarine acquired its data in 2017 as it swam through a narrow gap in a seabed ridge that extends northeast of the Antarctic Peninsula.

Known as Orkney Passage, this opening is a critical "valve" in the "great ocean conveyor" - the relentless system of deep circulation that helps redistribute all the heat energy that has built up in the climate system.

Boaty spent three days in the gap, armed with instruments that could measure the temperature, salinity (saltiness), direction, and turbulence of the waters. The AUV reached depths of 4000m in its cruise.

This information, and the analysis of it, has now been published in the Proceedings of the National Academy of Sciences of the United States of America (PNAS).

Boaty carries the name that a public poll had suggested be given to the UK's new £200m polar research vessel.

The government felt this would be inappropriate and directed the humorous moniker go on a submersible instead (the ship will be called the RSS Sir David Attenborough).

#Takeacloserlook at some of the state-of-the-art facilities and equipment on board the RRS Sir David Attenborough #PolarShip #Engineering https://t.co/MWYUmzXmGT pic.twitter.com/F7pigRIip4

Boaty will operate from the Attenborough when it enters service later this year.

The AUV is based at NOC in Southampton. Scientists have access to three Boaty vehicles (more properly called Autosub Long Range) that are qualified down to a depth of 6000m.

They will soon also be able to use three shallow Boaty subs. These will go to a maximum depth of 1500m but will be able to stay down longer and travel further.