A former British commando has made a very special donation to a remote Canadian hotel - his severed toe. 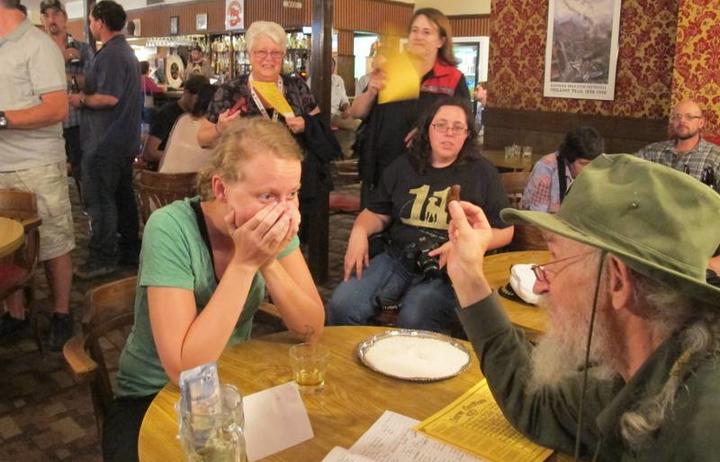 Nick Griffiths had his big toe posted to the Downtown Hotel in Dawson City after he lost it to frostbite competing in an extreme winter marathon in 2018.

The ex-Royal Marine promised to donate it in the hope of returning to the Yukon to do the Sourtoe Cocktail with his very own keepsake.

The cocktail's famed ingredient is another mummified human toe.

For over four decades, tourists and residents have been able to order an alcoholic cocktail of their choice served with a desiccated human toe floating inside.

It's traditionally served with Yukon Gold whiskey, and must touch the drinkers' lips to earn a certificate from the bar.

Over 86,000 Sourtoe Cocktails have been served since 1973, when Yukon riverboat captain Dick Stevenson discovered a preserved toe in an abandoned cabin.

"We couldn't be happier to receive a new toe," said Downtown Hotel general manager Adam Gerle in a statement.

"They are very hard to come by these days and this generous 'toe-nation' will help ensure the tradition continues."

Mr Griffiths was competing in the 2018 Yukon Arctic Ultra - a multiday wintertime marathon where participants can compete in 100, 300 and 430 mile races - but dropped out after developing severe frostbite on his left foot during the gruelling event.

He later returned to the UK to recover in hospital.

Mr Griffiths' big toe was stored in medical grade alcohol following its amputation and "Toe Master" Terry Lee will take some six weeks to mummify the toe on rock salt before it can be added to the drink.

Mr Gerle told the BBC that the saloon has about four or five toes on hand to serve in the cocktail, but that "nothing is more gross" than the big toe.

The hotel has made public appeals before asking for people to donate amputated toes, but Mr Griffiths' gift is "the first one that is useable".

Toes have been swallowed or stolen in the past.

The hotel says it will pay for Mr Griffiths to come to the Yukon and try a Sourtoe cocktail with his own toe later this summer.