A helicopter has crashed landed onto the roof of a New York city building, in midtown Manhattan, killing the pilot. 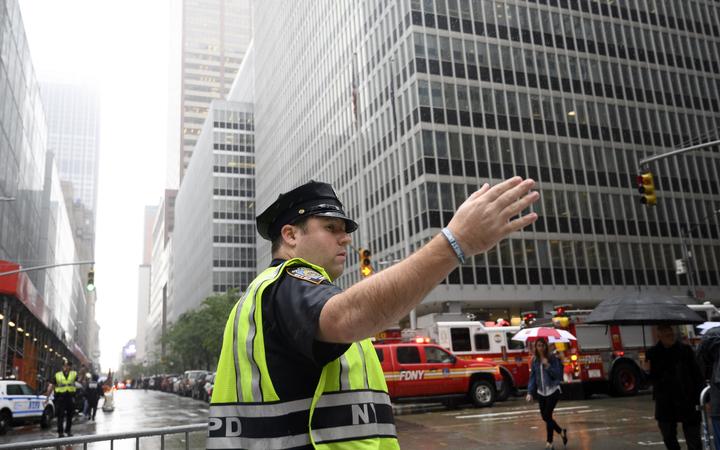 A policeman and fire trucks near the scene of the helicopter crash-landing in midtown Manhattan, New York. Photo: AFP

The New York City Fire Department said firefighters were on the scene of the crash landing in midtown Manhattan, which took place in rainy weather.

The department said on Twitter one fatality had been reported.

#FDNY confirms a helicopter has crash-landed onto the roof of 787 7th Ave in Manhattan. The fire has been extinguished, and members continue to operate in response to fuel leaking from the helicopter. There is currently one fatality reported.

Dozens of emergency vehicles swarmed the area around Seventh Avenue between 51st and 52nd streets, a few blocks north of Times Square.

Governor Andrew Cuomo, who was at the scene soon after the crash on Monday local time, told reporters that it appeared a helicopter attempted a forced emergency landing on the roof.

Mr Cuomo said no-one in the building was injured.

He said the 54-storey office building on Seventh Avenue shook from the impact and the crash sparked a rooftop fire.

Mr Cuomo said there was no indication of foul play.

The fire department said the fire had been brought under control and they were dealing with fuel leaking from the helicopter. 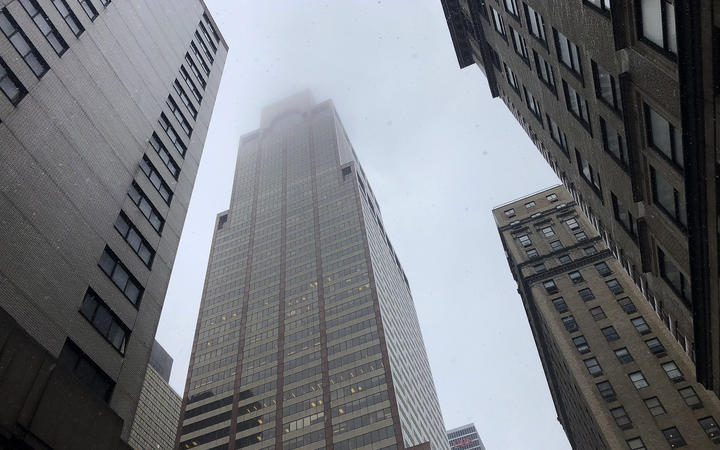 The building near 51st Street and 7th Avenue where a helicopter crash landed on the roof. Photo: AP

We felt a jolt in our building and shortly after got the instruction to evacuate. #NYC #Evacuation #Midtown pic.twitter.com/lH2YwilqqJ

Mr Cuomo said some were evacuated from the tower, but none were hurt.

He said New Yorkers had "a level of PTSD from 9/11" when they heard news of an aircraft crash in Manhattan.

"As soon as you hear an aircraft hit a building my mind goes where every New Yorker's mind goes."

Witnesses outside the building told reporters that no debris was visible on the pavement or in roadways below the scene of the incident.

According to the New York Post, there is no helicopter landing pad on the roof of the building, 787 Seventh Avenue.