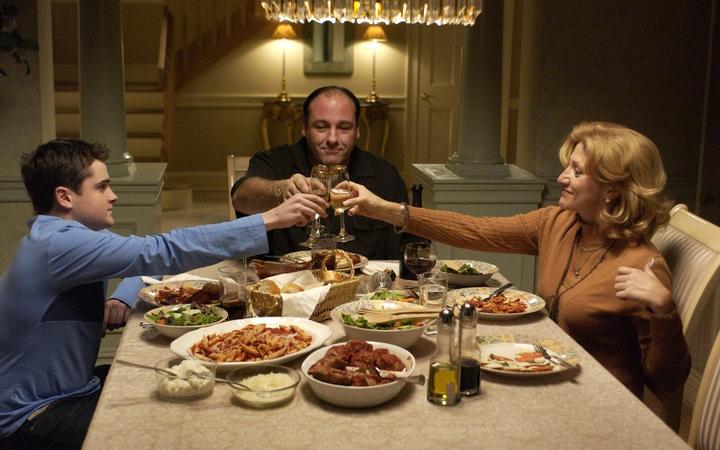 A still from the show, The Sopranos. Photo: AFP

Set on more than 1700 sq metres, it has four bedrooms and four bathrooms.

The Sopranos was a huge success with critics and audiences alike and ran for six seasons between 1999 and 2007.

It drove the success of the US subscription channel HBO, which subsequently developed series like Curb Your Enthusiasm, Game of Thrones and The Wire.

Now fans of The Sopranos and its New Jersey patriarch - played by the late James Gandolfini - have a chance to buy the home where many scenes were set.

The New York Times reports the cast and crew filmed at the house between 30 and 50 times, including the show's pilot episode.

Subsequent shoots took place at a replica studio stage but the production team returned to film scenes throughout the programme's run.

It has since become an unofficial tourist spot. A Facebook page for the home has hundreds of likes and more than 1,000 visits.

Interested parties reportedly have until 21 June to submit offers to the couple.